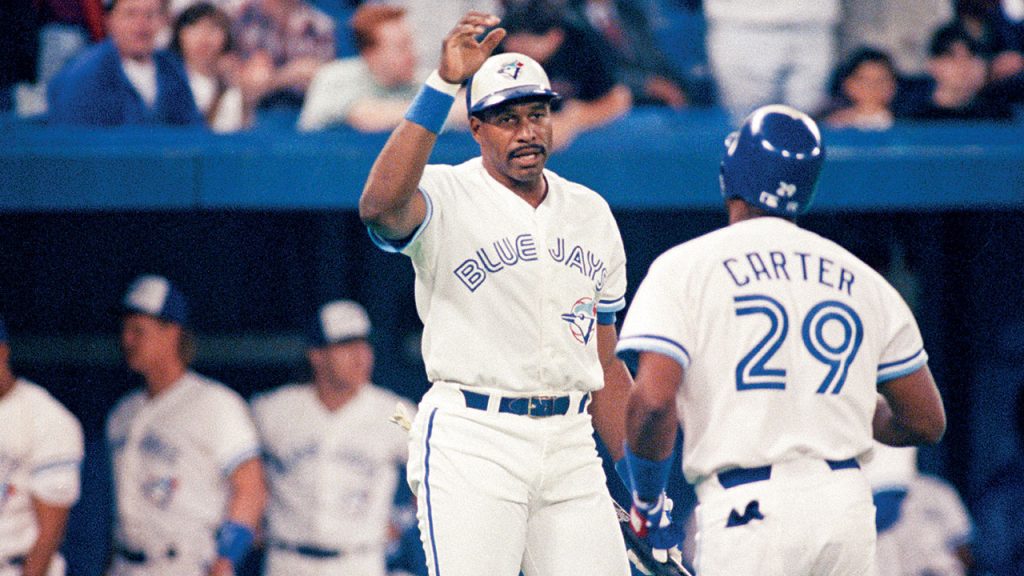 I’m a long way removed from the Jays World Series triumphs – both temporally and geographically. But I was there front and center in 1992 and 1993 – close to 50 games each year. Sarah and I saw Jimmy Key’s masterful last start in the 1992 series and a couple of classics in 1993 – game 1 with Alomar’s amazing catch and Game 6 “Touch ’em all Joe!”

I remember that in 1992 the stadium was jammed every night but the crowd was quiet if nothing was happening. Dave Winfield issued his famous “Winfield wants noise” quote to rev us up a bit. Most of the seats were season tickets back then so it was an older corporate crowd – even our nosebleed seats in Section 513 were season tickets. Also Toronto was a hockey town back then so many baseball fans brought a hockey attitude – no action, no noise.

Watching this year’s Jays on TV I was amazed at the difference in the crowd. The stadium is just as full but the noise level and cheering is incredible – probably twice as much as I remember. Maybe it’s because buying tickets today is more of a spontaneous event, and the crowd is younger – or maybe because today’s crowd has more of an uptempo Raptors basketball mentality. I just found a huge difference in the way the crowd gets into the game. Hopefully that’ll continue into the playoffs this year. And we won’t see any more “Winfield wants noise” type signs. Or The Wave, for that matter.

Life Experience
Posted on October 29, 2014November 1, 2014
I was up at 7 AM today – taking out the trash. Not my favorite morning activity at the best of times, but today...
Life Experience
Posted on May 6, 2019May 6, 2019
When we docked in Valencia we noted that the Viking Sea was berthed near us. Viking is best known for river cruises but also...
Economics Family Hobbies Life Experience Technology
Posted on May 4, 2016February 12, 2018
My very first microcomputer – back in the Duran Duran era – was a Commodore VIC 20 that featured an 8 bit processor, a...