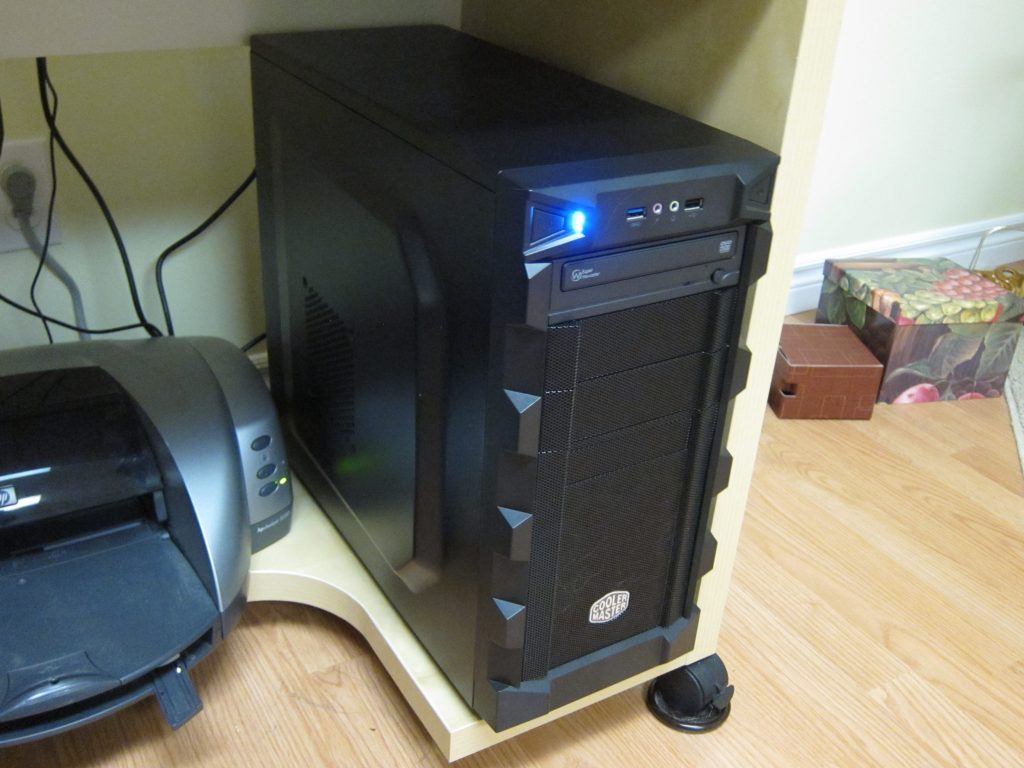 There are many reasons why you might want to use Linux – the best computer operating system you never heard of.

So what’s the catch? Well, you have to choose a version of desktop Linux to try, and it’ll be a bit different from Windows when you start out. You also have to install it yourself, or get someone like me to do it for you.

Although there are probably 100 different versions (or distros) of Linux to choose from, as a beginner there are probably only two I would consider. One is Ubuntu, and the other is Linux Mint (which is based upon Ubuntu but looks more like Windows.)

To start using Linux, you download an image file called an ISO from the Internet. You burn the image onto a DVD, or make a USB stick version. You can actually run LInux off the DVD or USB stick and see how it looks, before replacing Windows. My advice is not to install on your primary Windows computer unless it is very old (maybe it runs Vista.) Instead find a second machine to work with, and install Linux on that. Here are a few ideas of machines that would be good Linux candidates:

An old desktop. This is how I got started many years ago. I had an old Dell desktop system from 2000 or so that I did not want to install a new Windows XP system on – too cheap I guess. Linux was free. I have always found that Dell makes an excellent desktop system to install Linux on. Today an ideal candidate would be an early dual core machine from 2006-2007 or so. You can just blow away Vista or XP if you still have that, and install Linux.

Over the years I have refurbished and installed Linux on many older desktop systems. Right now I wouldn’t do that unless the system in question has a dual core or better processor capable of running the latest 64 bit Linux. That pretty well limits them to something 10 years old or newer. The last Dell I worked on is a commercial grade Optiplex GX620 from 2005 and it is still chugging along in the office of my granddaughter’s pre-school.

A netbook. These basic machines were popular from 2008 – 2012 until the tablet changed the Internet appliance market completely. You may still have one in your basement somewhere.

The earliest netbooks made by Acer or ASUS were in fact designed to run Linux, and their rudimentary hardware did so fairly well. However Microsoft soon put an end to Linux pre-installed netbooks by essentially giving away Windows XP to the manufacturers. Most folks would prefer Windows given a choice, so the Linux based machines died – even though the Windows based ones were noticeably slower and more frustrating.

These early machines are quite obsolete now. They can run only the earlier 32 bit version of Linux, and 32 bit is being phased out and lacks a lot of modern features. I do have a couple of these dinosaurs around but they are mostly curiosities today.

A better bet is the later model of netbook made from 2010-2011. Toshiba made a nice one and I had a unit given to me. This one ran Windows 7 Starter (badly) but after putting in a cheap solid state drive and installing Linux, I have a nice little laptop to take away on holiday. This one can run the newest 64 bit versions of Linux – a bonus for sure.

The manufacturers eventually got the netbook right and it’s still around today as the Chromebook. People use Chrome O/S and don’t even think twice about the fact that it is a flavor of Linux.

An old laptop. Generally I don’t bother with refurbishing cheap consumer grade laptops as they are usually worn out, hard to work on, and not reliable by the time someone decides to get a new machine. However, a commercial grade laptop like a ThinkPad or HP Elitebook is usually a good candidate to refurbish with Linux. These machines are often leased by a local company and you can buy an “off-lease” one at about 1/3 the price it was when new.

Often these commercial grade laptops have all Intel parts – processor, graphics, wifi – and that is great for Linux. They are also quite easy to work on if you need to add memory or swap the hard drive. I would buy a new solid state drive, save the old drive that often contains Windows 7, and install Linux on the SSD. You then would have a machine that works like brand new for less than you’d pay for a cheap slow consumer based Windows machine.

A new “Windows-free” system. It is possible to buy a new desktop or laptop that has Linux pre-installed but the companies that do it are US based and although the quality is good they tend to be quite expensive. There are a couple of local alternatives for DIY.

In 2008 when I wasn’t that confident in my building ability I went to a local Ottawa clone maker and had them build a desktop system for me without installing Windows. Then I went ahead and installed Linux on it myself. This worked pretty well and in fact this desktop still runs effectively. I use it to play music in the basement “junk room.”

A few years later I actually specified and built the desktop shown above. I was able to choose hardware I knew would work well with Linux, and this is arguably the best Linux system I have ever had. It’s very powerful and responsive, and it was a relatively low cost machine given that I chose good value components and didn’t pay for Windows. I expect to use it for many years to come.

This works only if you are buying/building desktops though. If i needed a Linux laptop I would go the “off-lease” way above and install a new solid state drive that contained no operating system.

In the final analysis, Linux can work great for you if you want to geek it up a bit with an older system. The best advice I can give you is to not mess up your current Windows machine but do your experimentation on a second PC of some sort. Also if you know someone who knows Linux and can help you that is a bonus. Check for a Grandpa Geek or maybe ask around the neighborhood for a young person who knows a thing or two.

At the end of the day you’ll have something safe, secure, flexible – and free.