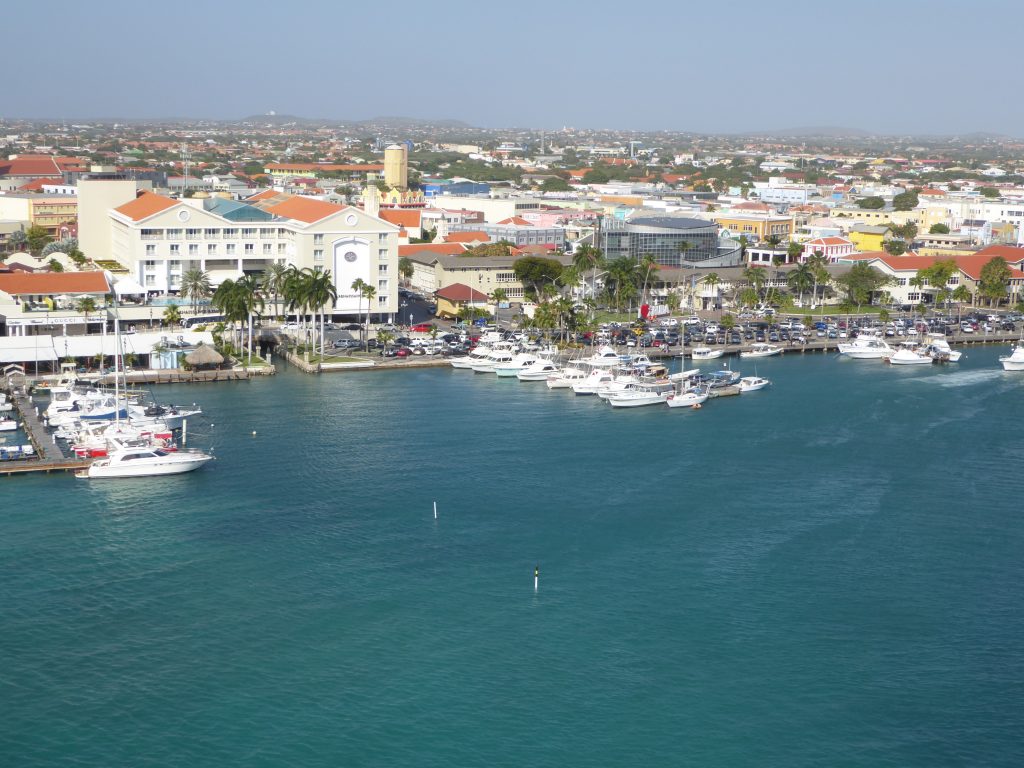 My grandson’s favorite color is orange. He was pretty excited that our last port of call would be a two day stop in Oranjestad, Aruba. Gotta get a T-shirt for sure. 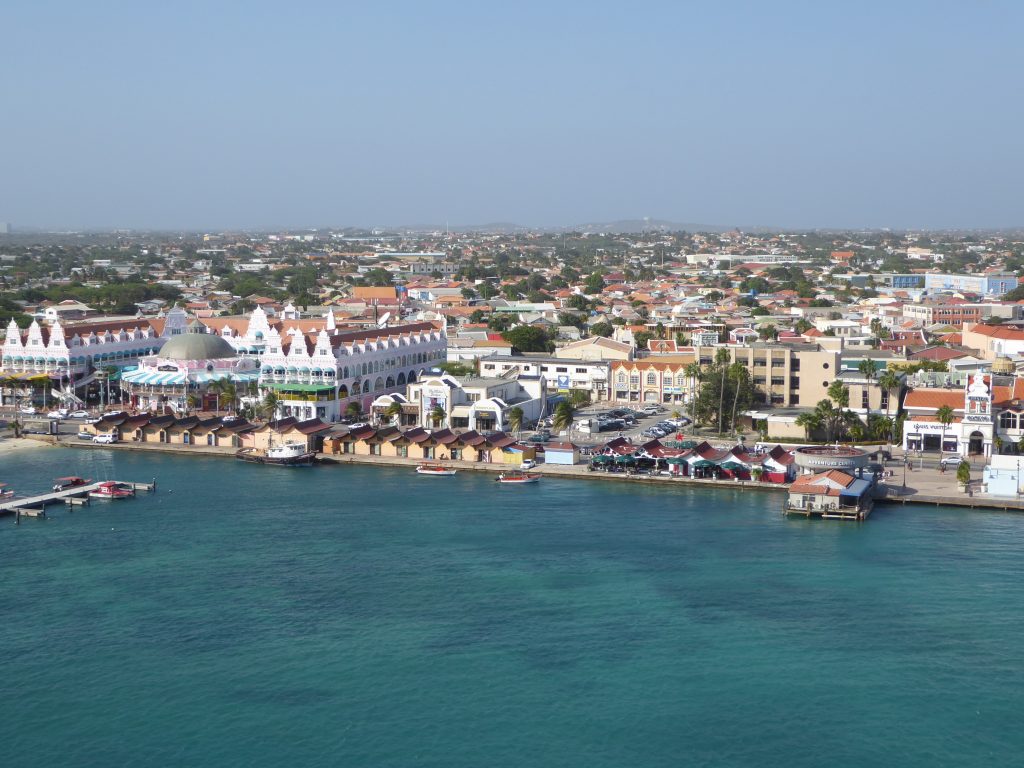 Doesn’t look like shopping will be a problem in Orange City. 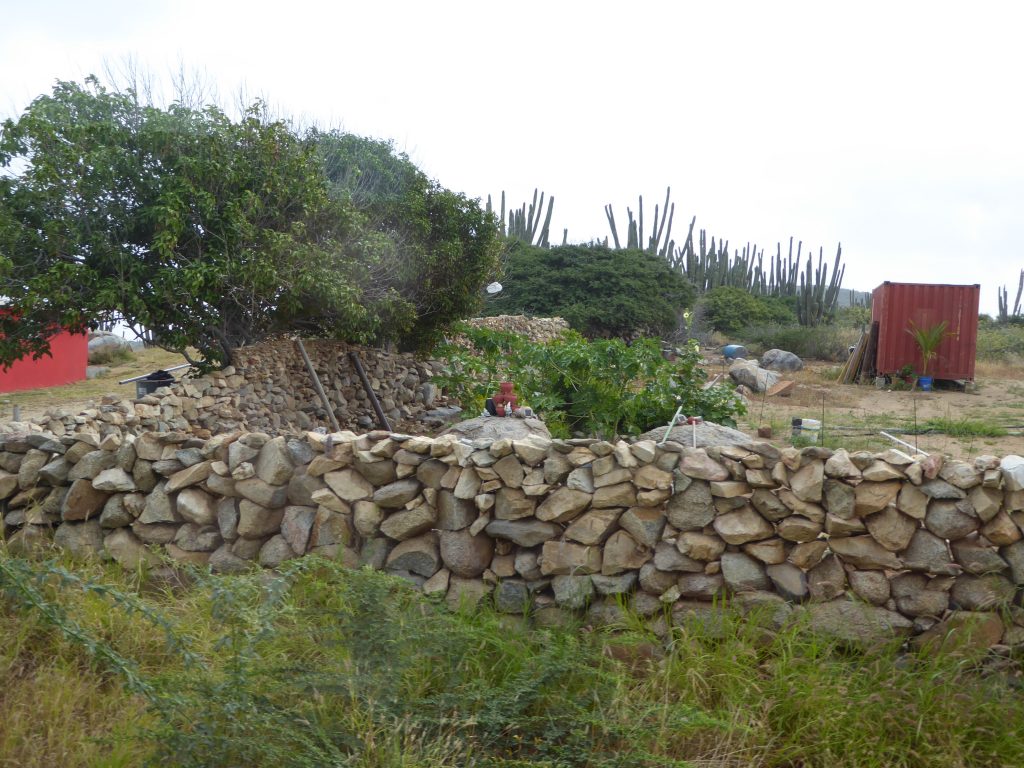 We were off early on our tour of Aruba and right away got into the desert experience. 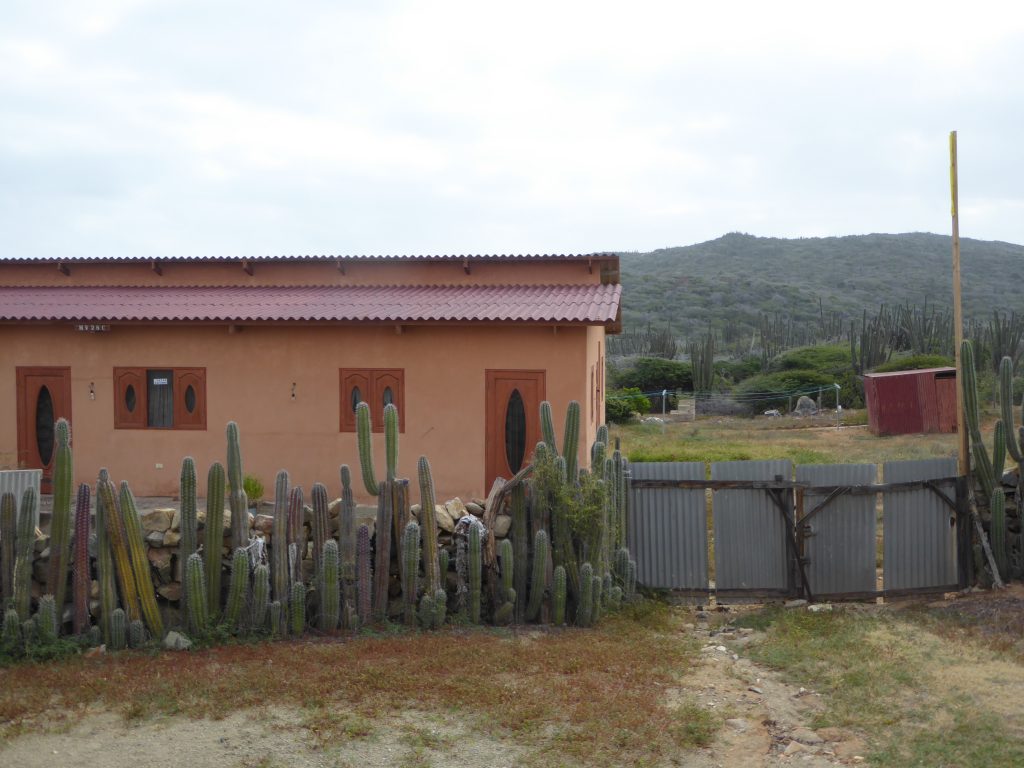 Stone AND cactus – that’ll keep the goats away from the flowers. 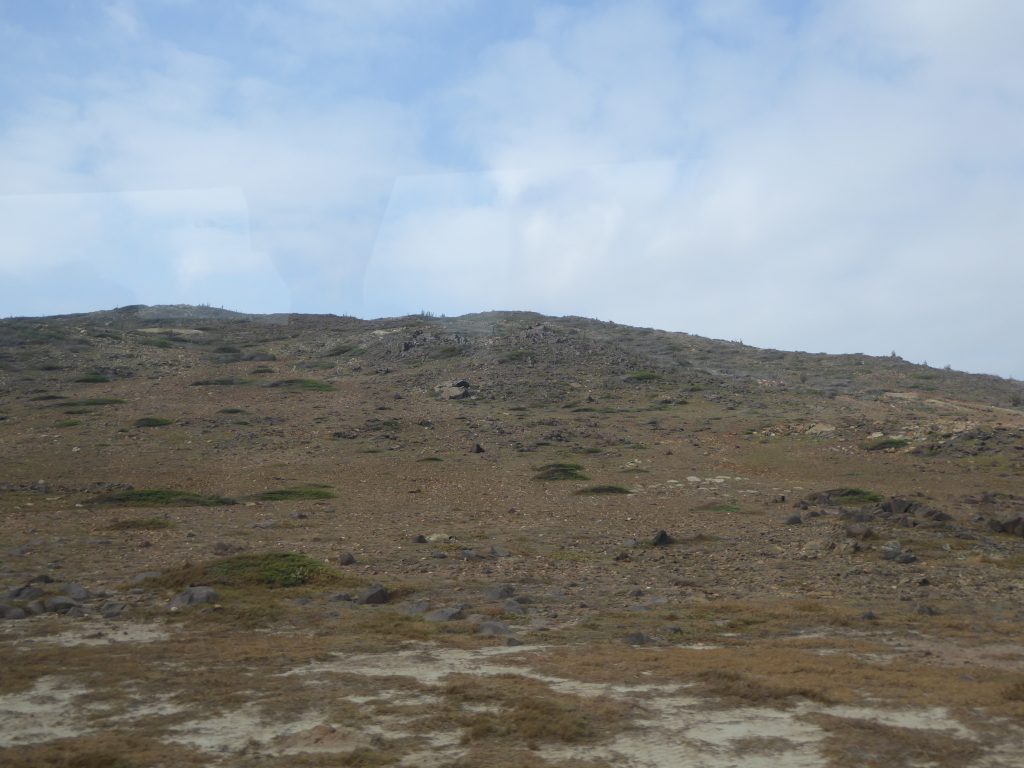 The windward side is pretty desolate. Nobody could live here. 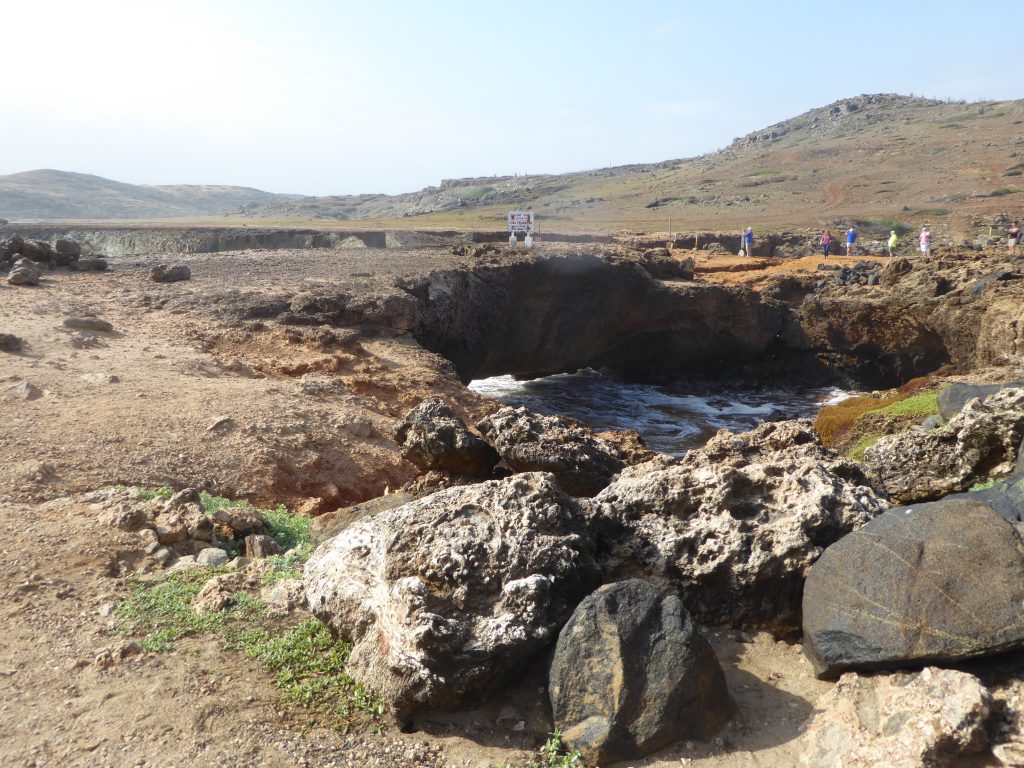 There was a Natural Bridge here but the wave action collapsed it a few years ago. A smaller bridge remains but it is unsafe. 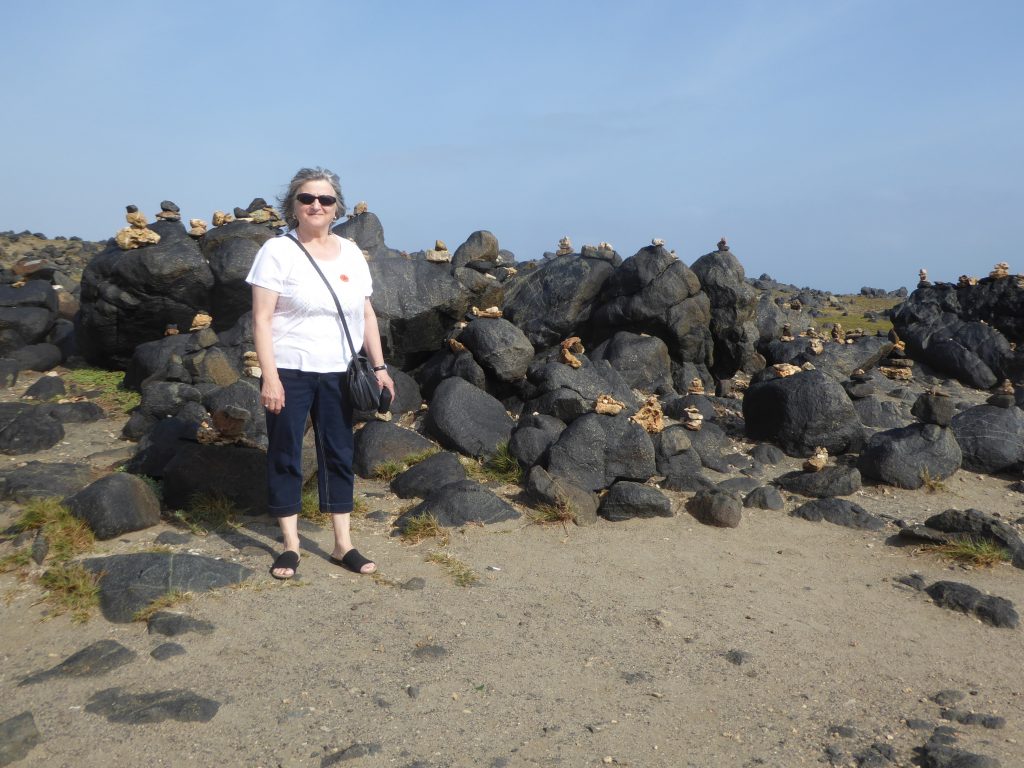 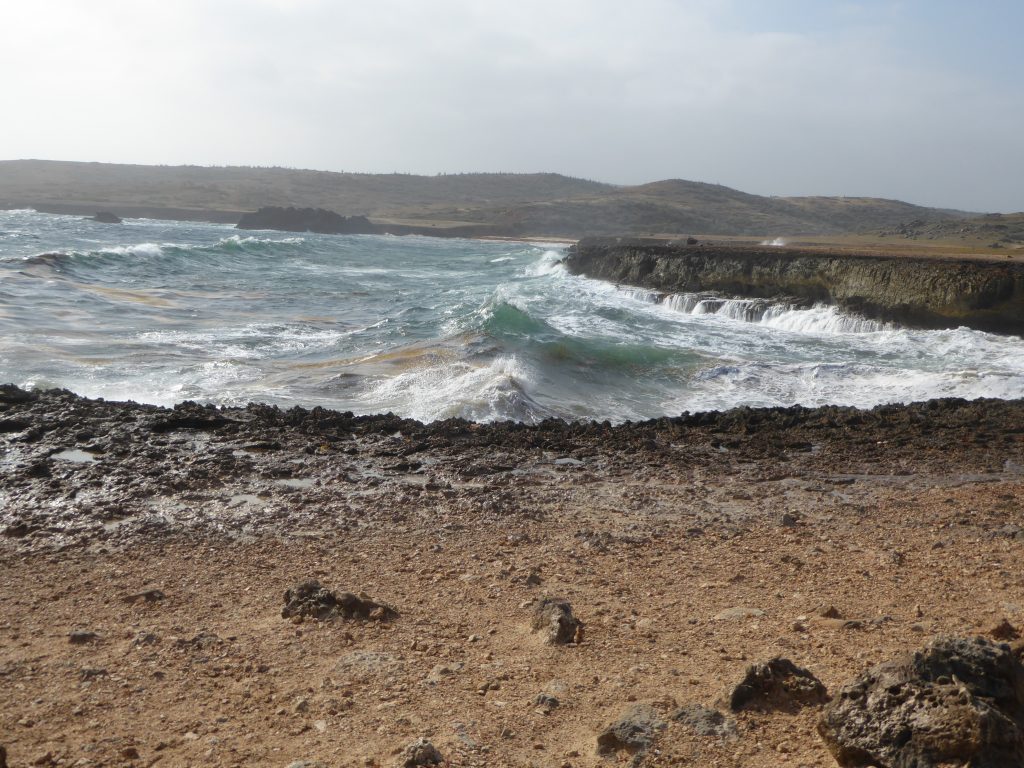 Not exactly a wading pool either. 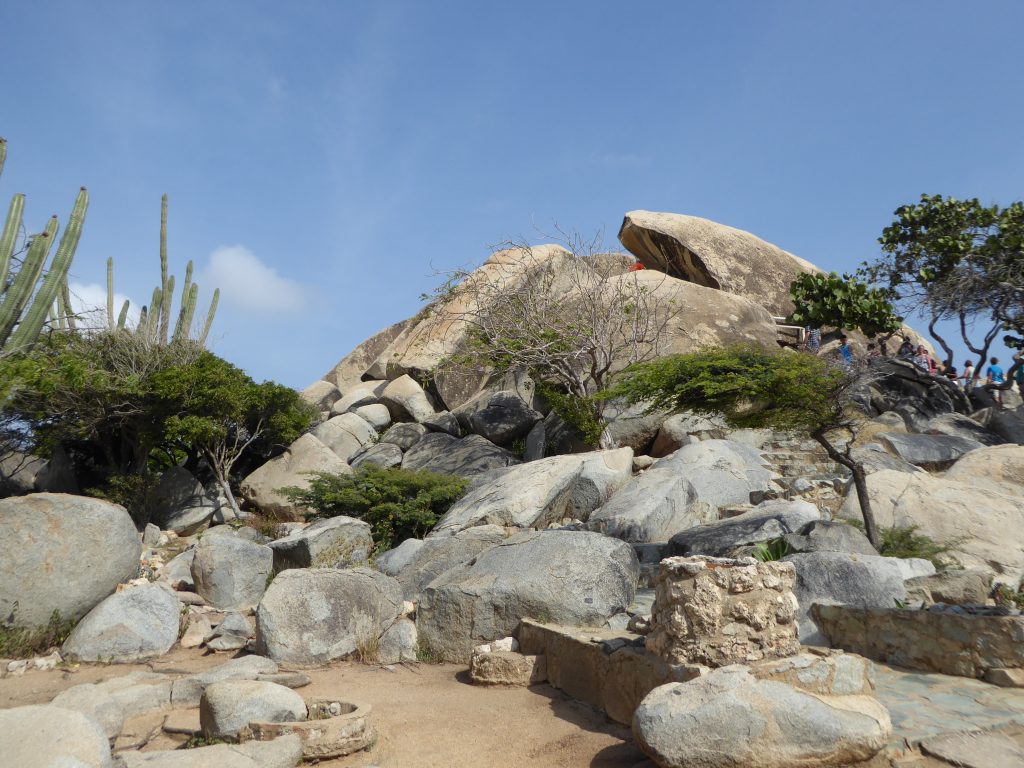 Our next stop was at the Casibari rock formation. You can get a great view from the top if you are a mountain goat. 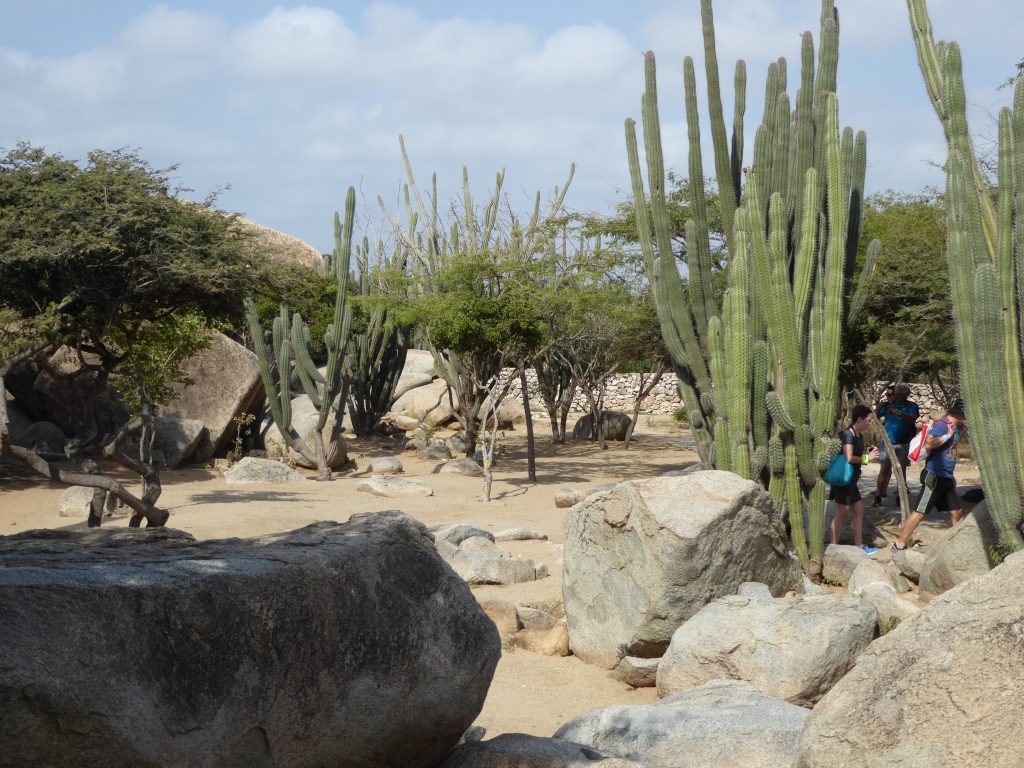 Why do I get this continuing Arizona vibe? 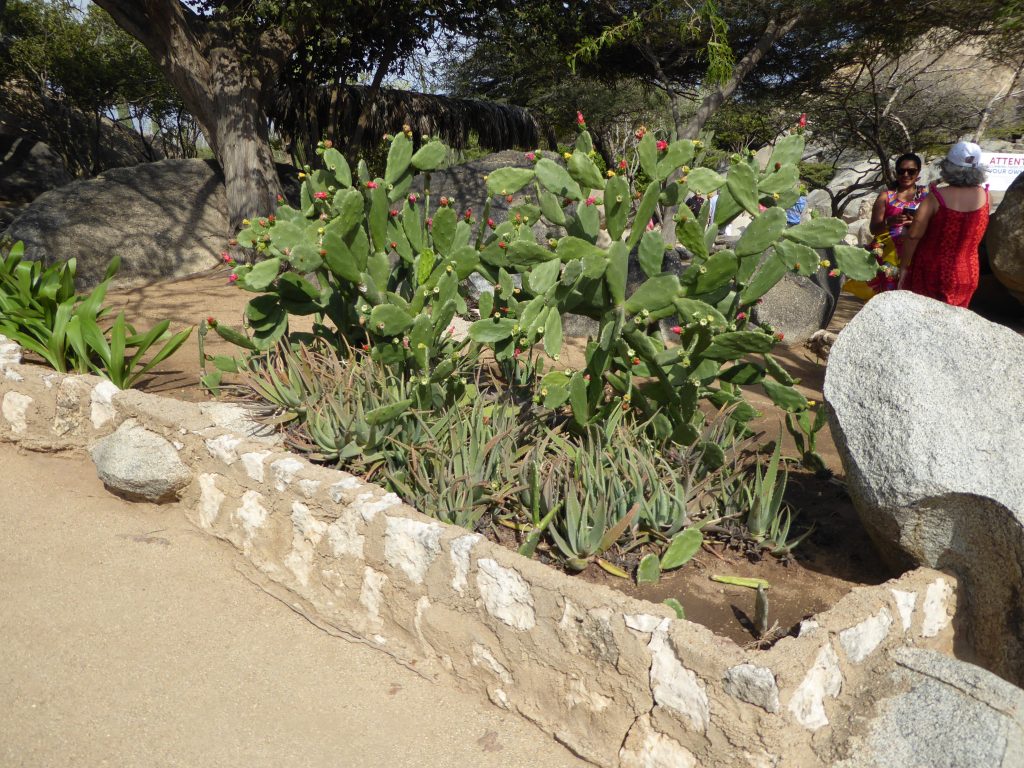 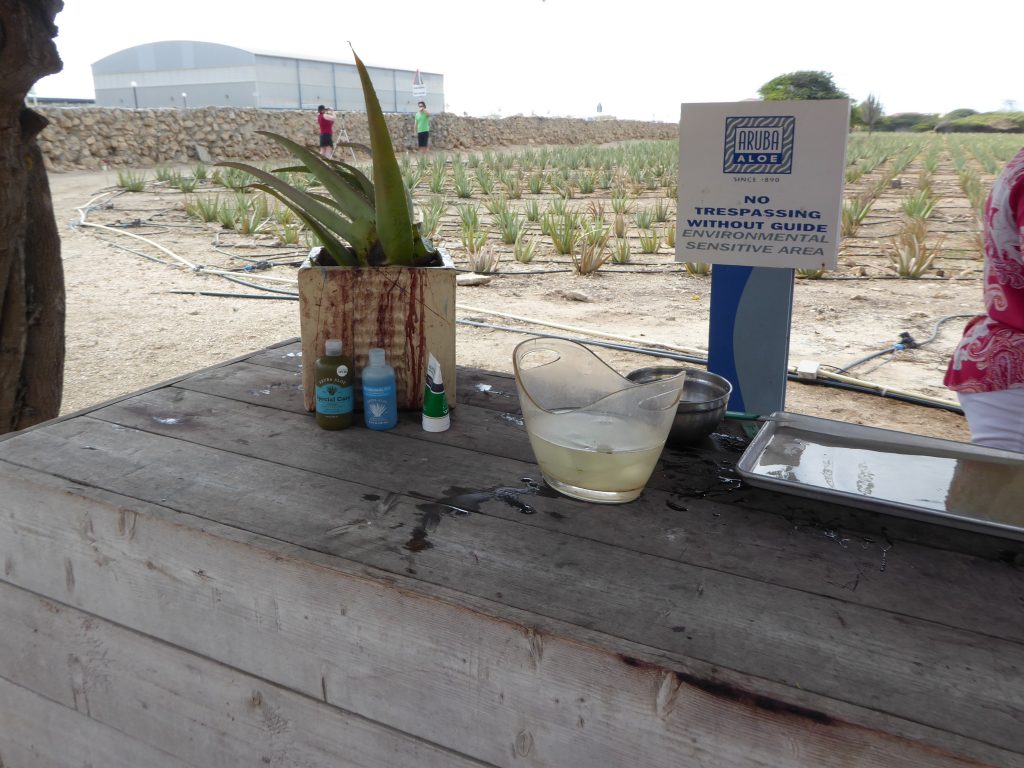 Next, we headed over to the Aruba Aloe factory. 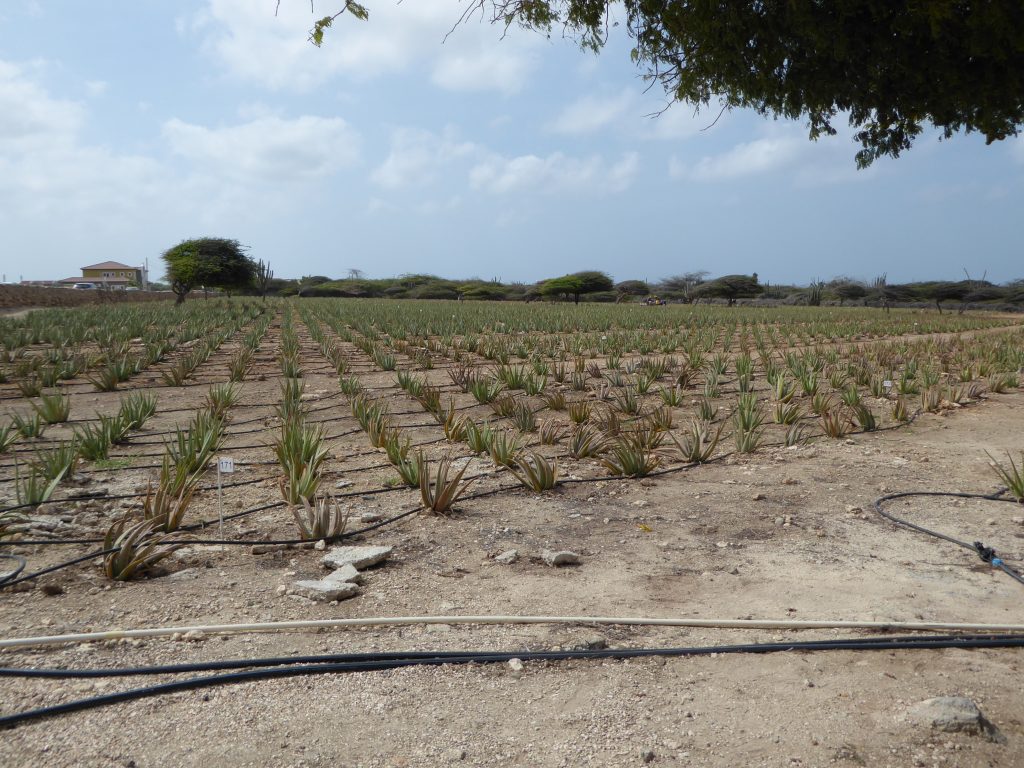 They’ve been growing aloe vera for cosmetics here since 1890. 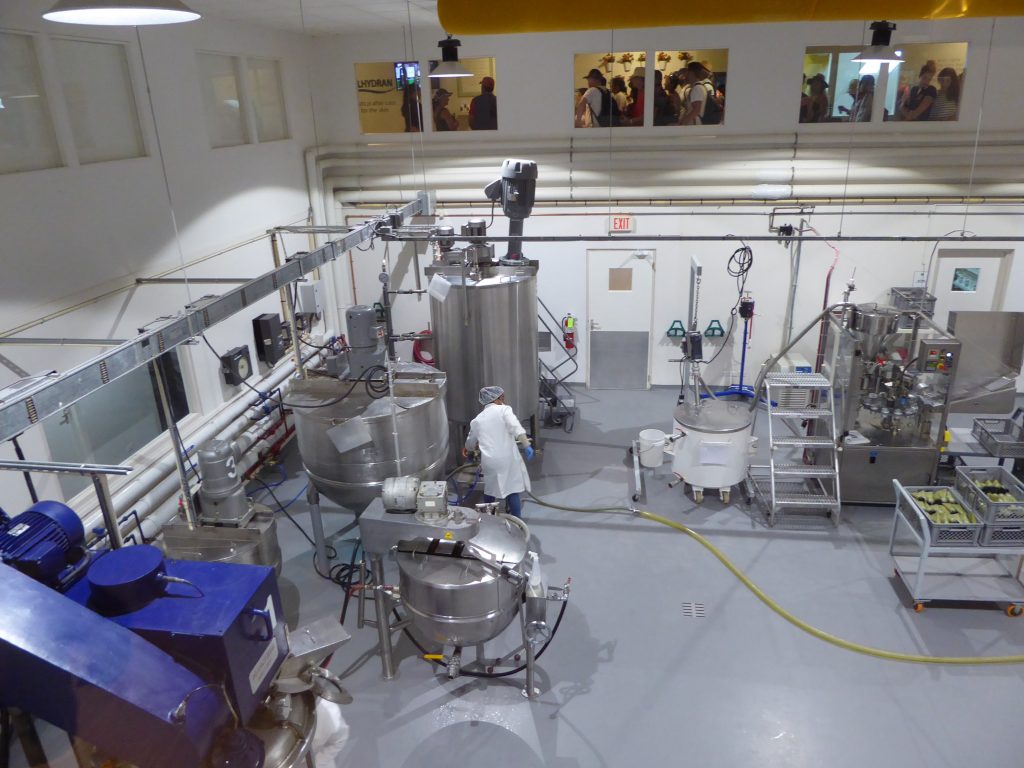 The aloe is harvested by hand and then the cosmetic mixing and filling process takes place. It’s all labor intensive.

At one time the aloe vera sap was the principal product – rather than the slimy gel. The sap is a powerful laxative. Now though, the healing gel is the main item of interest. 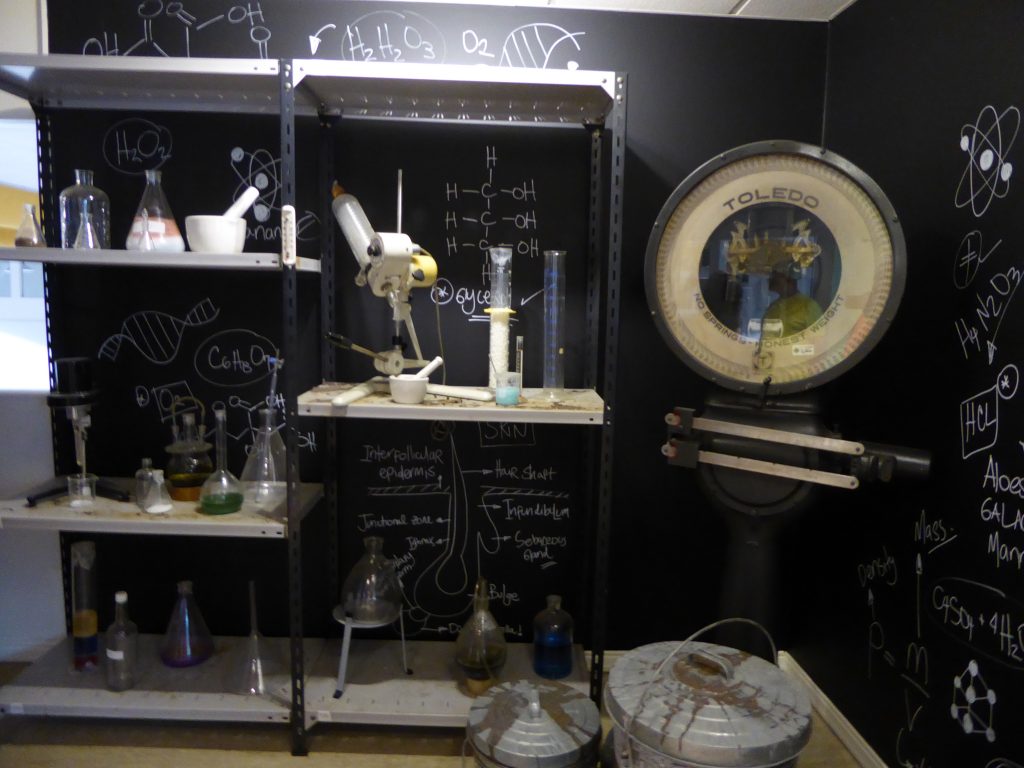 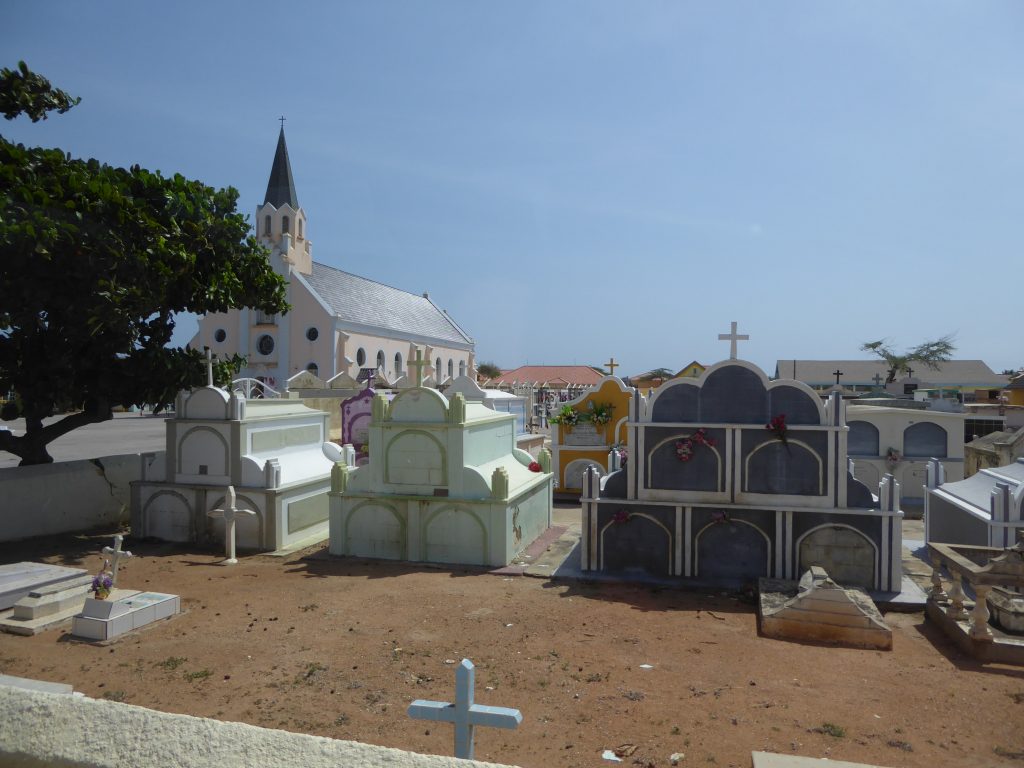 The oldest Catholic church on the island – with some colorful above-ground tombs. 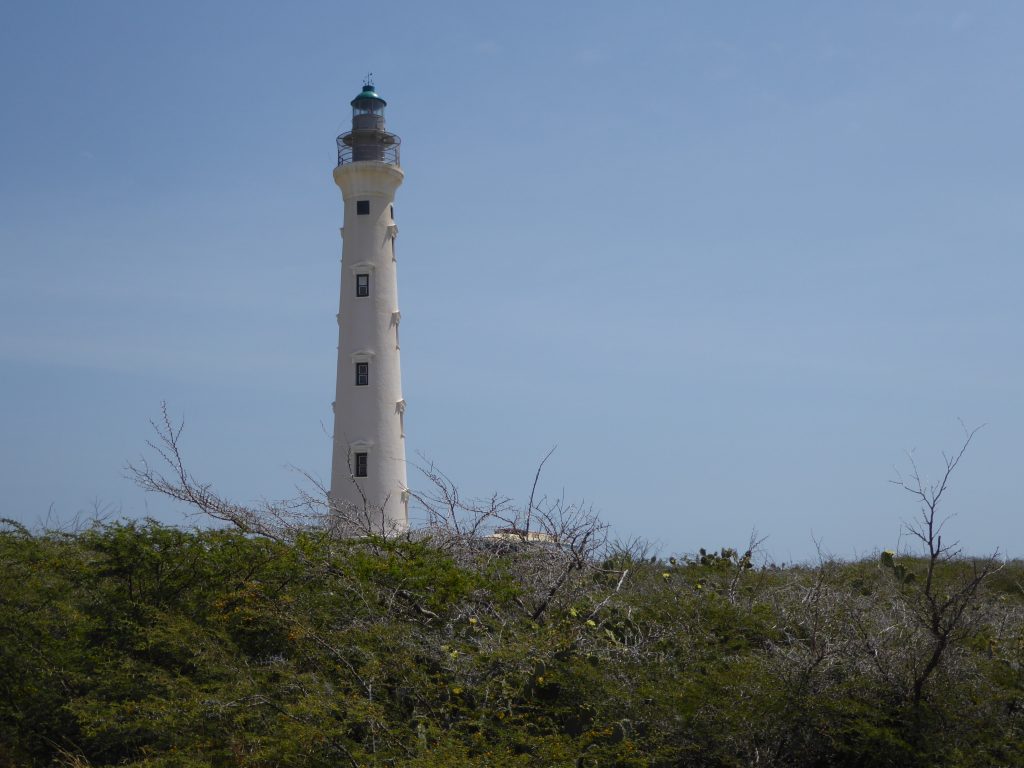 We finished up our tour at the California lighthouse. It is named for the SS California which got wrecked here in the 1890s. 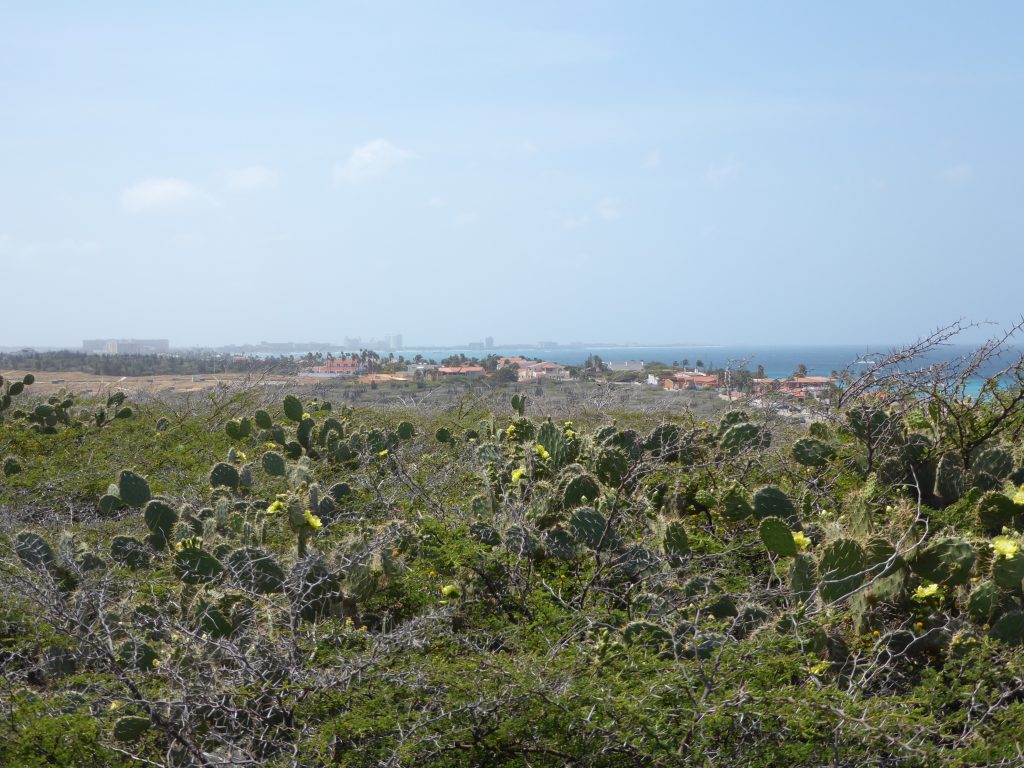 You don’t need to climb the lighthouse tower to get a nice view. 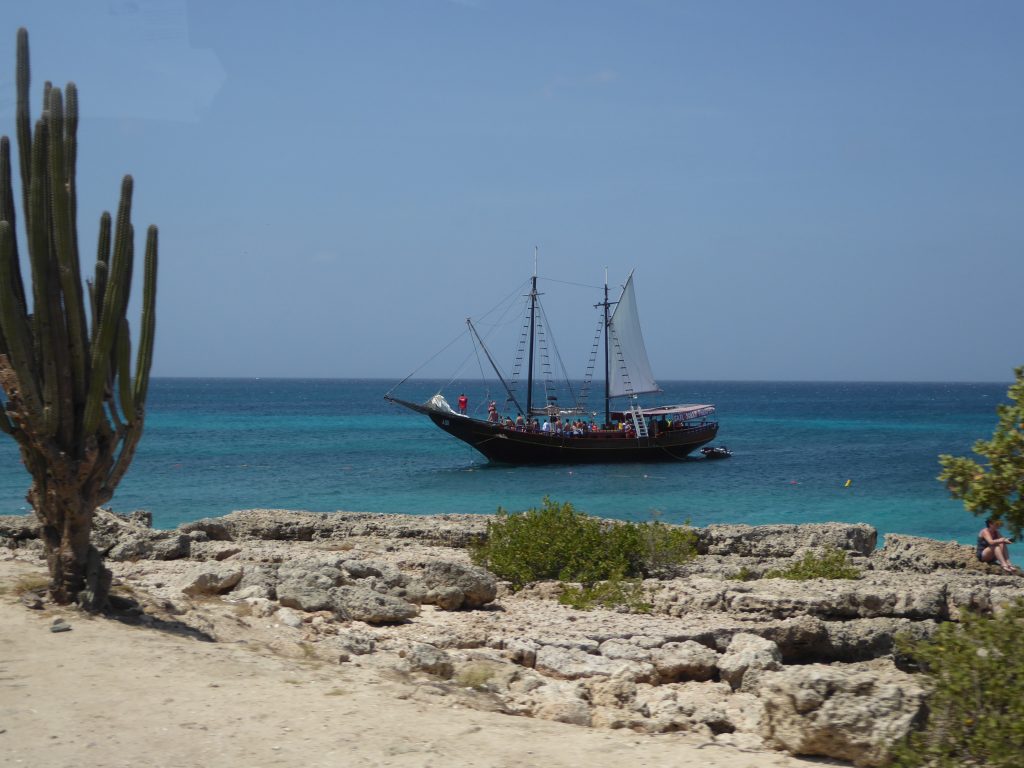 Some nice scenes on the way back to the city. 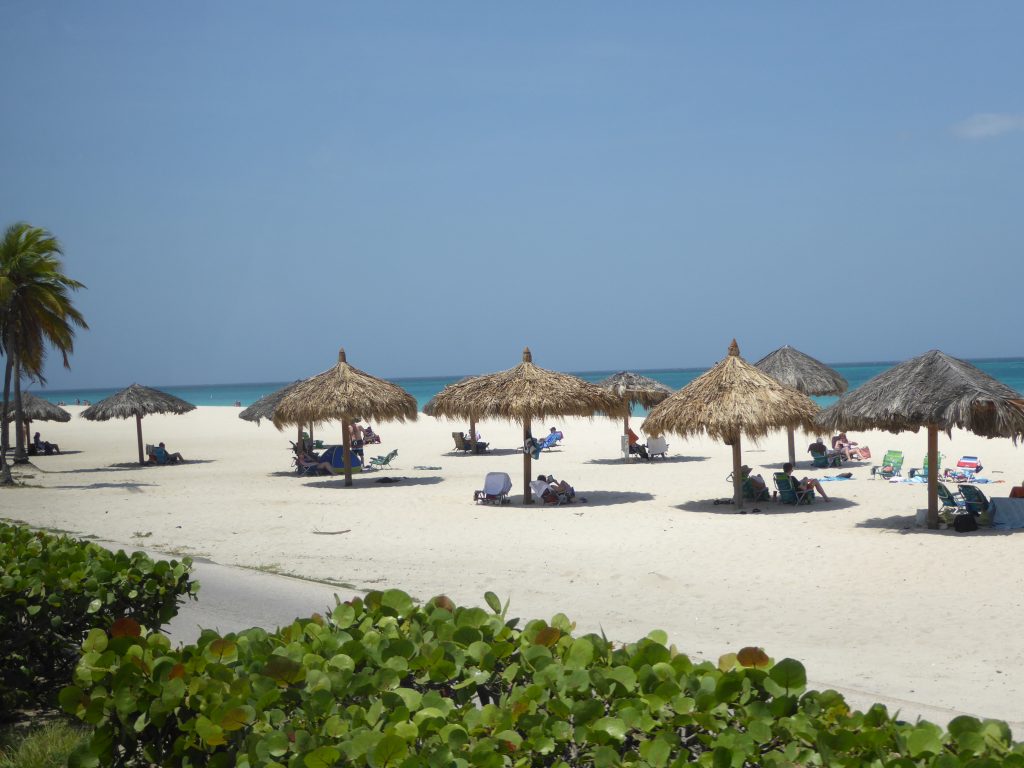 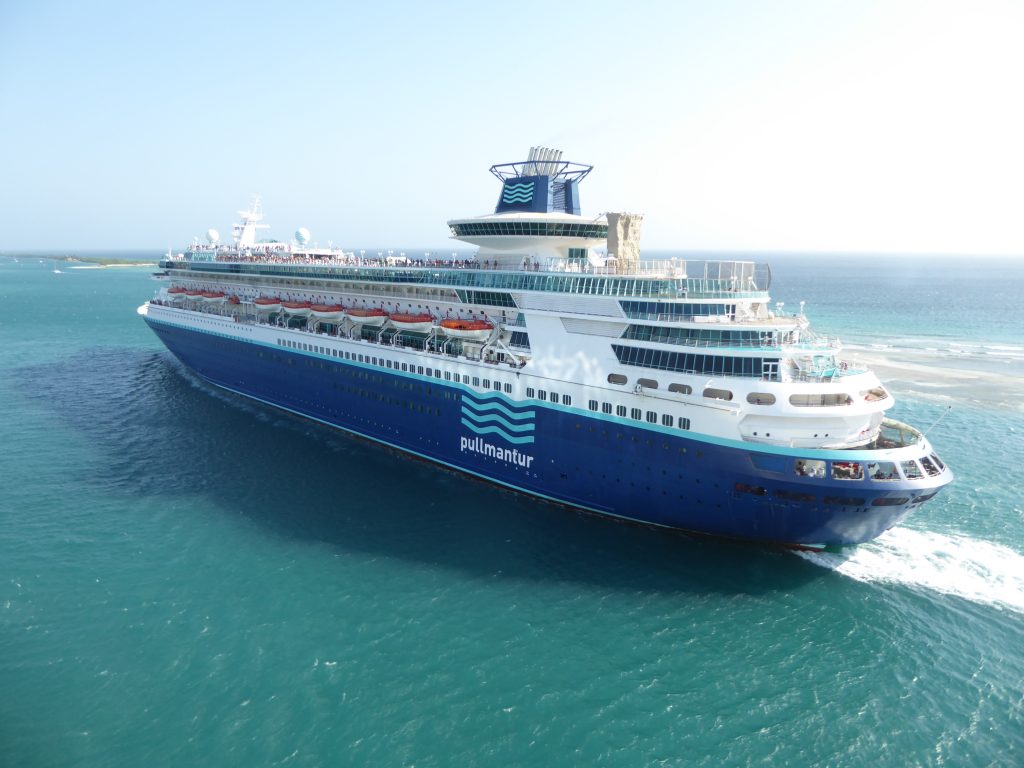 Back aboard now. The Pullmantur Monarch (ex-Royal Caribbean ship) was in port with us and now sailing away. 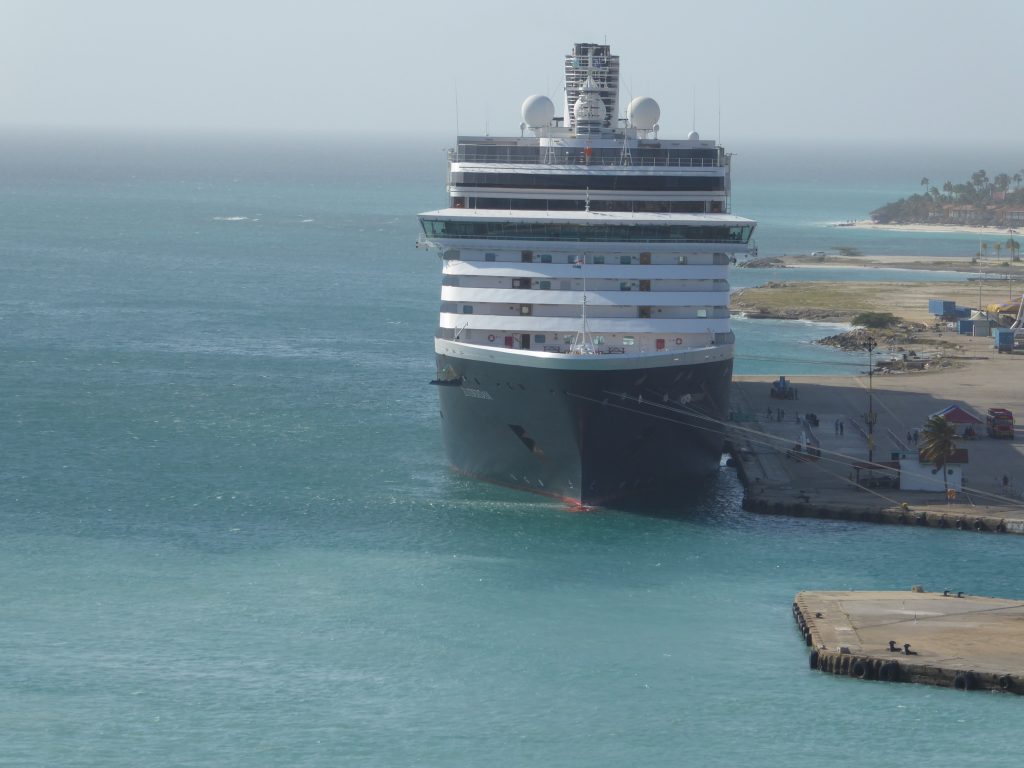 Holland America Zuiderdam was here too. It left later that evening. So concluded Day 1. 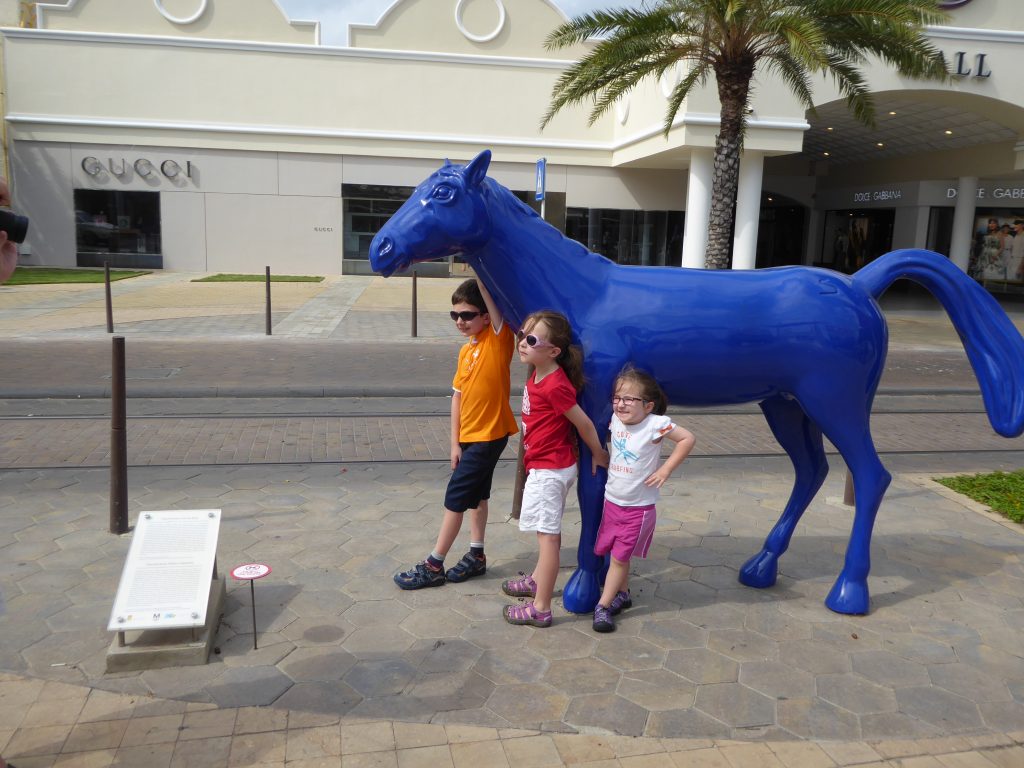 Time to start our Day 2 shopping tour. On your mark… 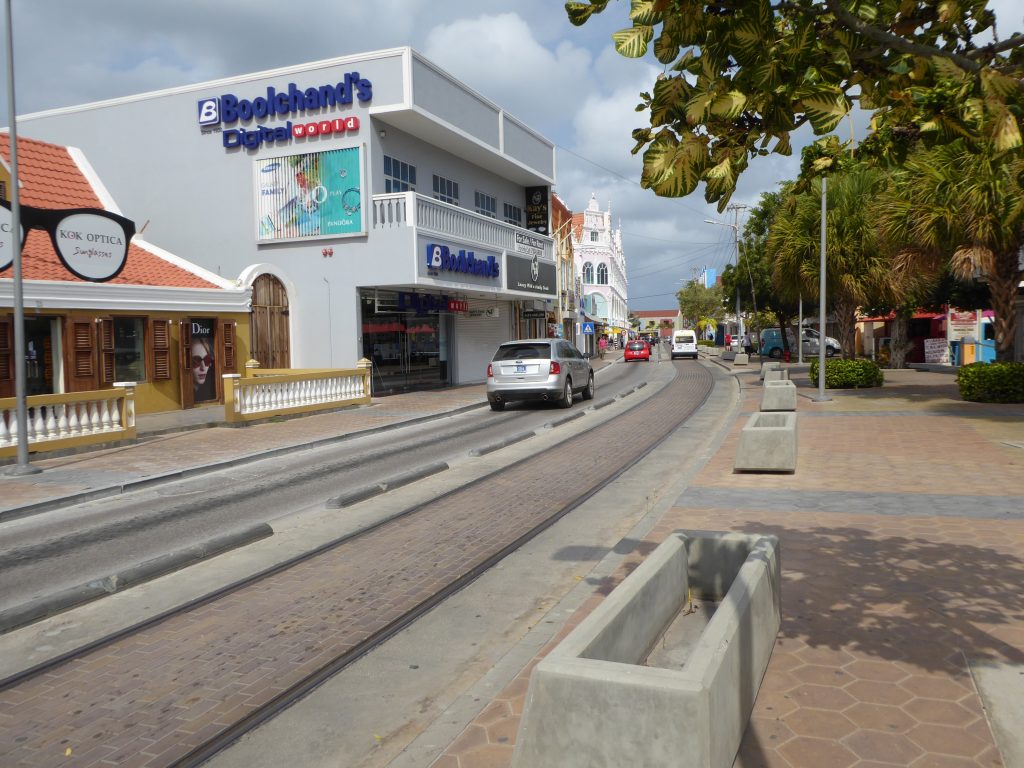 We went on a street off the main drag where all the high-end watch and jewelry shops were and found lots of souvenir places. One, in particular, offered great prices and the kids found everything they wanted. A kitch fest for sure, but Teddy got his orange shirt. 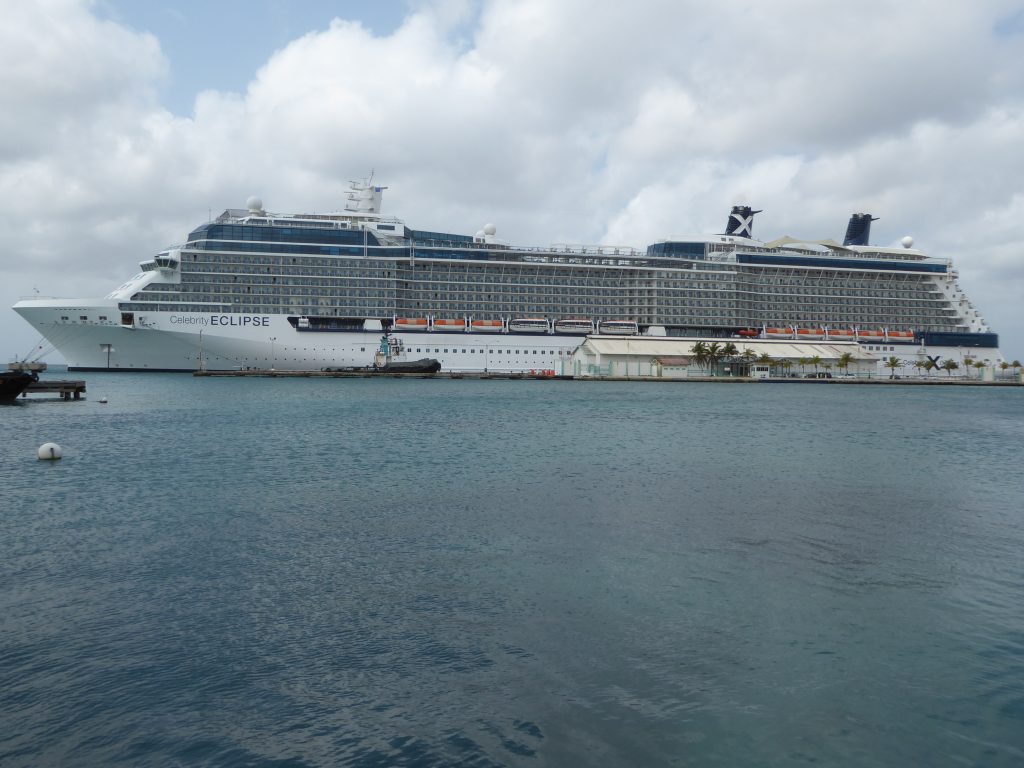 Nice view of the Eclipse from the shore. 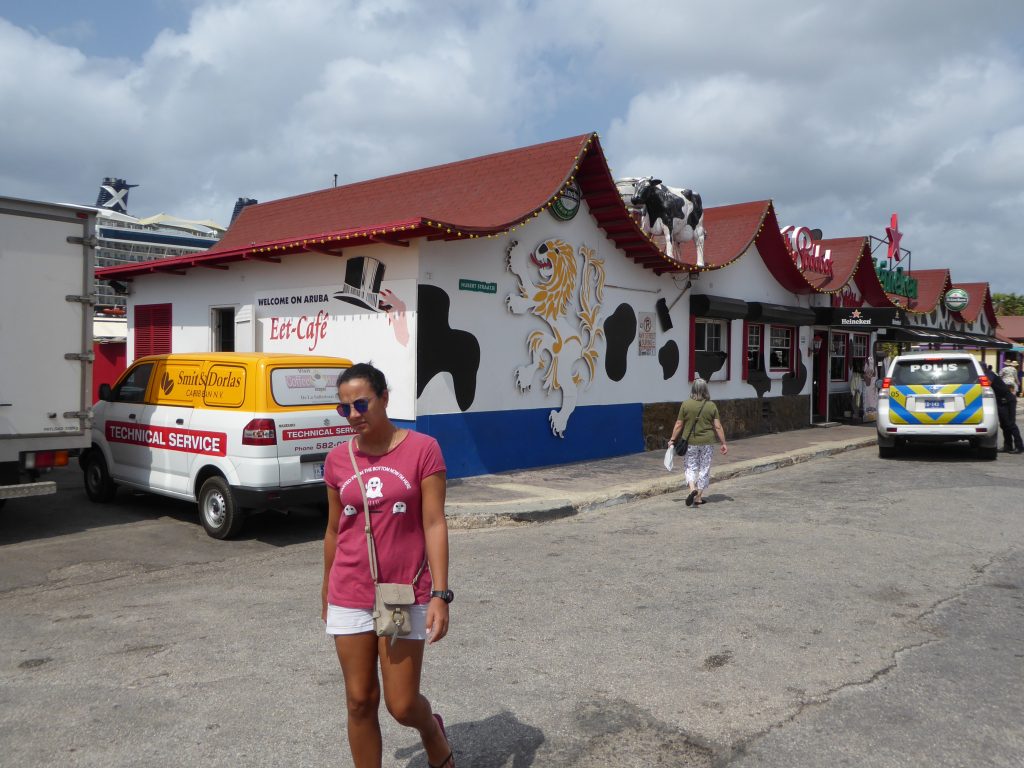 Another eet-cafe. Right then the police came by and ran a tsunami drill – scared the crap out of everybody. 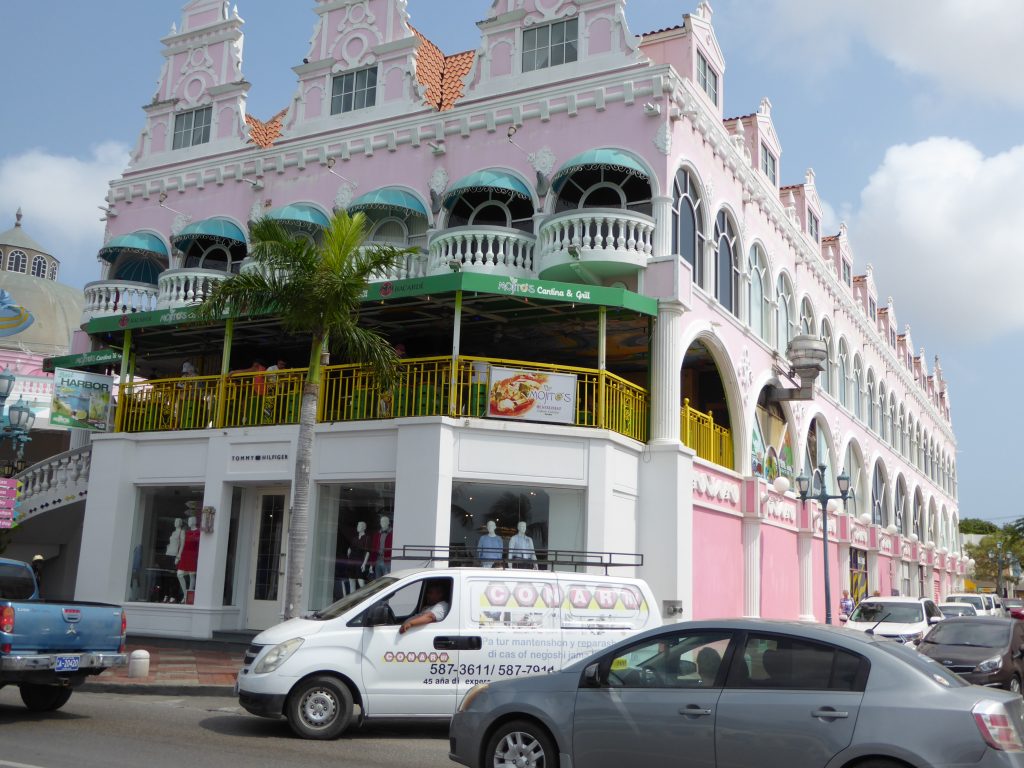 Not everything in Orange City is orange. 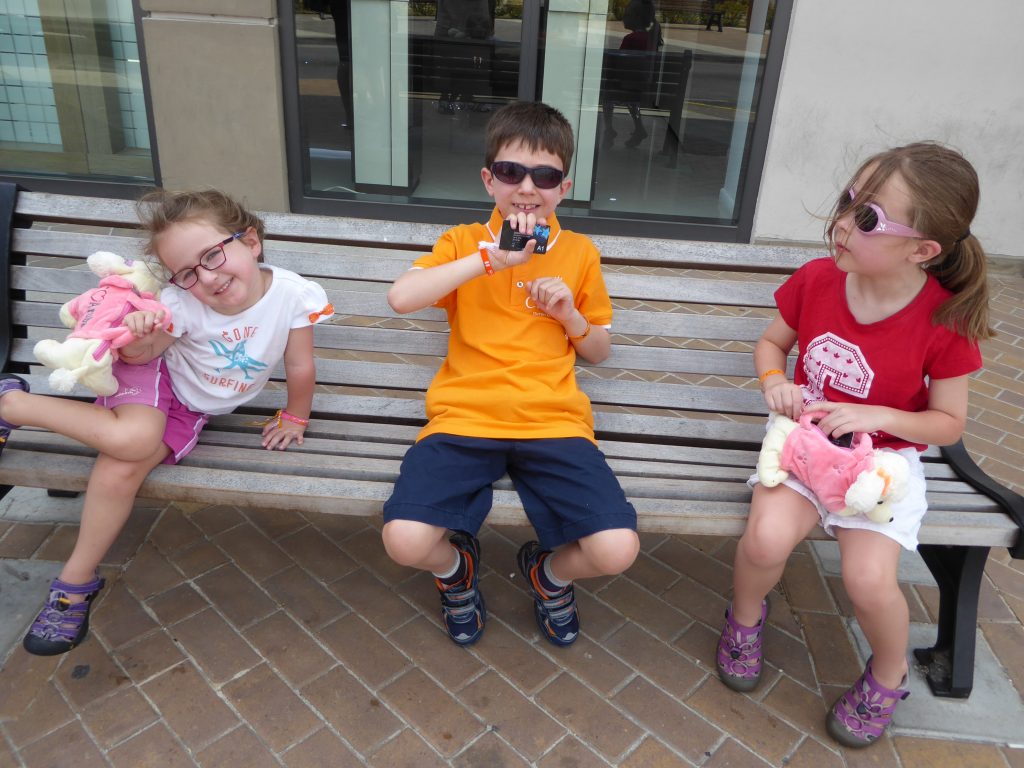 I’m hot. Let’s go back and get some pizza. 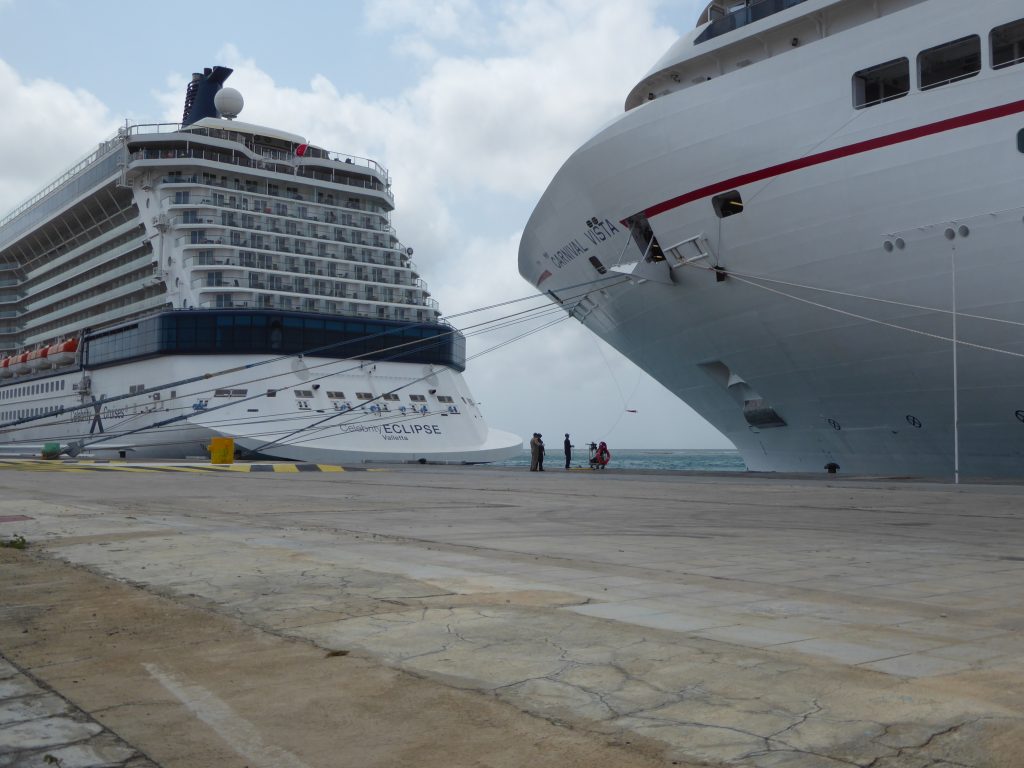 Carnival Vista was in with us on day 2.

That concludes our two-day visit to Oranjestad. It was time to sail back to Miami.

Life Experience
Posted on September 16, 2015April 24, 2018
When I got started with computing back in the late 1960s this is what was available – either through direct access or time...
Life Experience Travel
Posted on July 11, 2015October 2, 2018
On our second cruise we returned to Maui for a couple of days and this time we had a brief tour of the island...
Economics Life Experience Technology
Posted on April 13, 2016February 12, 2018
Like many fine Edwardian buildings in small town Ontario, Deseronto’s town hall started out as a bank. BMO had the building constructed in 1904...