On Saturday August 24, Veronica turns 9. Although she’s growing up fast, she has largely maintained her sweet and accommodating nature. She is sort of the glue in the grandkids ensemble – supporting her older brother and being a big sister to Susannah. She’s a stickler for fair treatment for everyone.

Grandpas aren’t allowed to have a favorite grandchild, but that doesn’t apply to a certain ginger cat. Mr. Oates adores her; she is the real “cat whisperer” when it comes to him. He was won over early on by her kindness and gentle ways.

Veronica loves a physical challenge. She had great fun climbing the rock wall on our cruise ship earlier this year, and her early-bird birthday party was at some sort of rock climbing spot. She’s pretty good on the monkey bars as well.

We’ll see her tomorrow after she and her parents have a water park adventure. 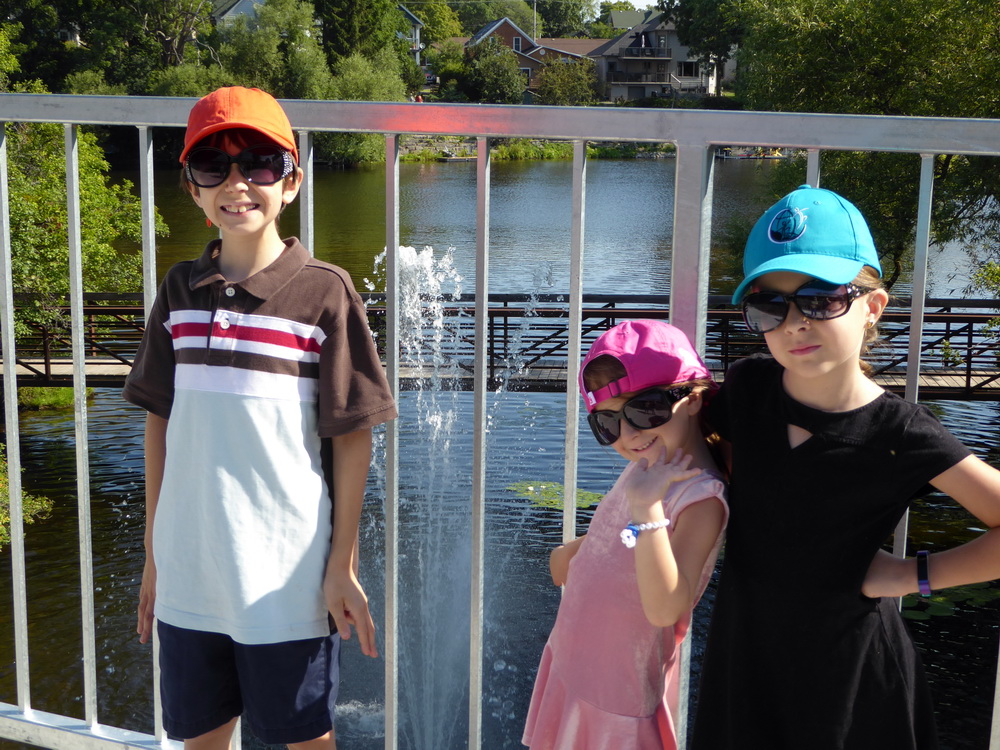 She always has had a bit of sassiness in her attitude. I hope that continues. This photo is a pretty good snapshot of all the grandchildren as they project themselves at this point in time.

She’s a great singer and her French accent is impeccable. We had a lot of fun with her singing grace before meals during her recent visit. A tous bon appetit!

Have a great birthday and stay as as sweet as you are, my dear girl.

Life Experience
Posted on March 13, 2011October 2, 2018
I admit there were times I wasn’t really all that confident we’d enjoy our recent Caribbean cruise as much as we normally do. Part...
Economics Life Experience Technology
Posted on April 15, 2016February 12, 2018
60 years ago when Danny & The Juniors were getting ready to record “At the Hop,” IBM was spinning their own brand of...
Economics Family Hobbies Life Experience Technology Travel
Posted on December 13, 2018December 14, 2018
I’ve been on the Web for over 20 years – at first with my own coded website, and later on with a blog. Some...