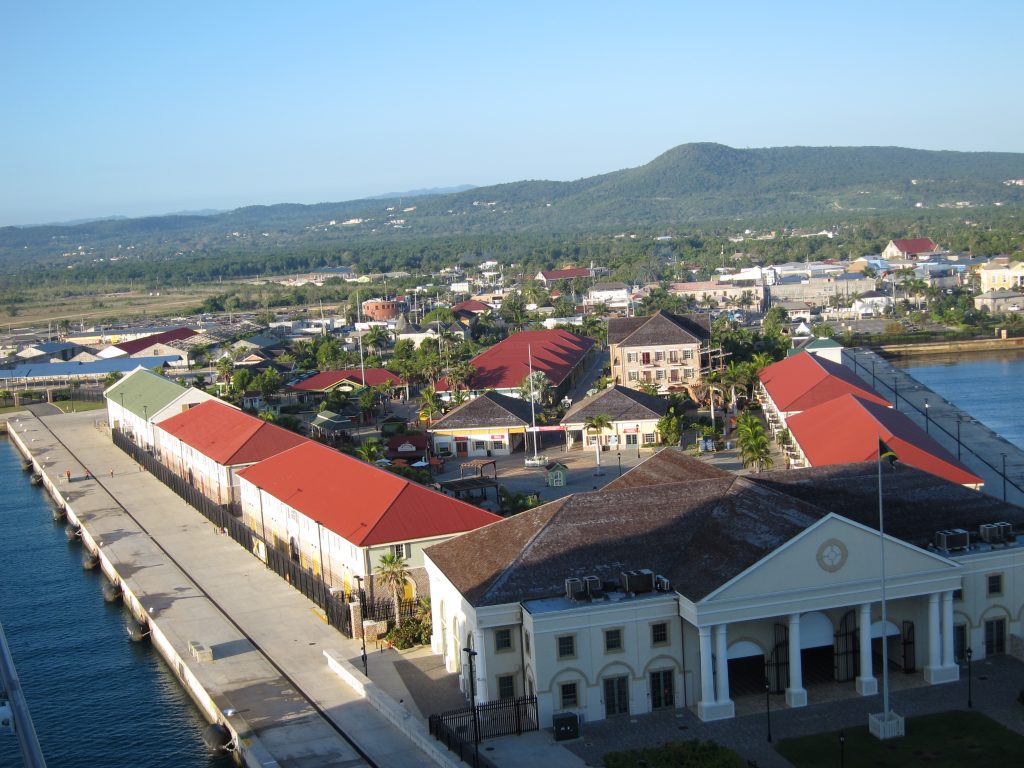 Falmouth is one of the oldest towns in the Caribbean and one of its newest cruise ports. It was founded in the late 18th century as a mercantile port to export sugar and is one of the best preserved Georgian settlements in the world. It is said that Falmouth had running water before New York did.

We didn’t know what to expect from our visit there. Jamaica doesn’t have the greatest reputation for safety and security, so we decided the best thing to do was take an organized tour. We decided to go have tea at the Good Hope Plantation. 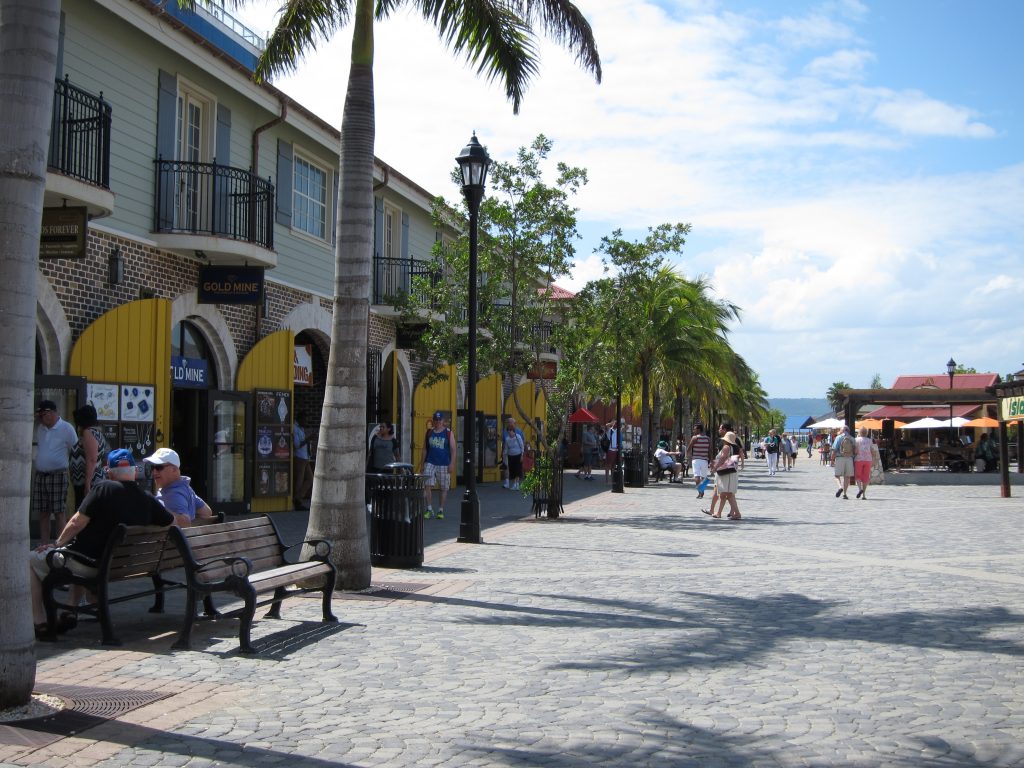 On our way to the bus we passed through the port area. It is pretty commercial but the people were friendly and helpful and the cruise line has done a nice job to put it together. 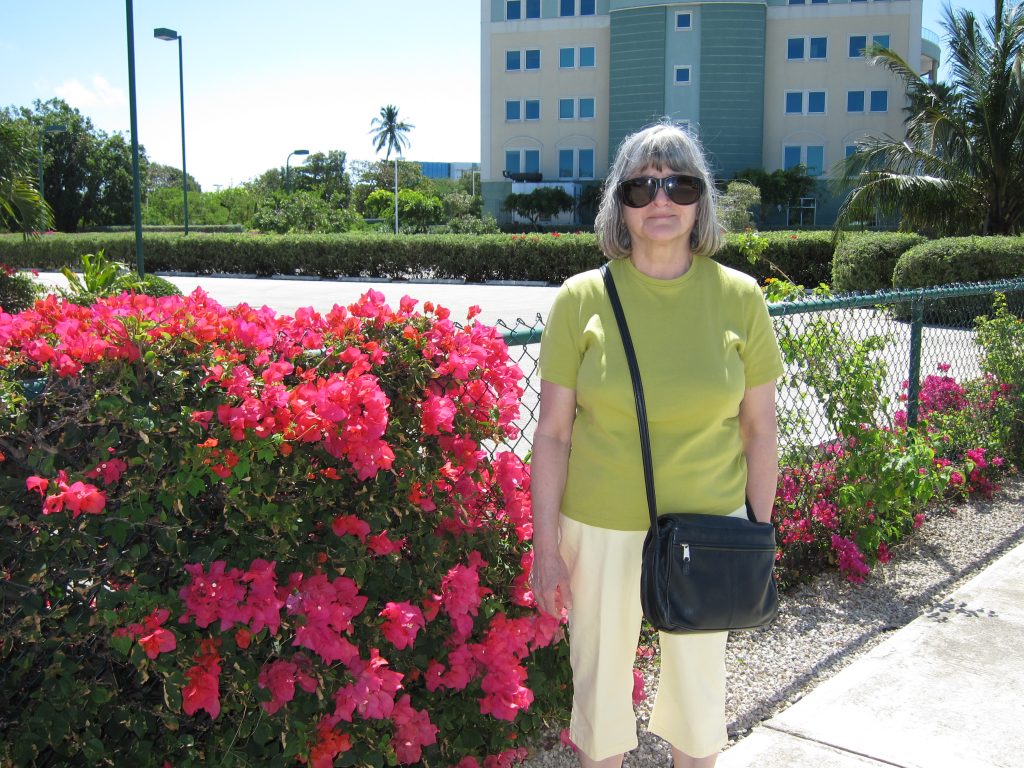 All set for a bus ride. 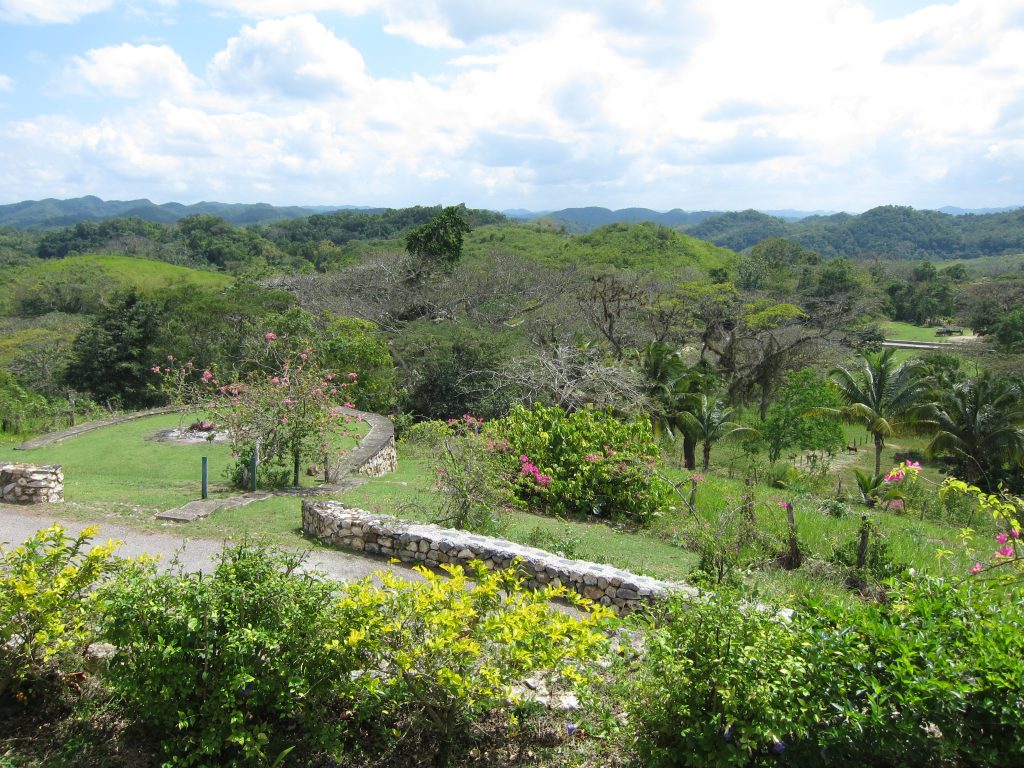 After about a half hour drive through the country we arrived at the Plantation. 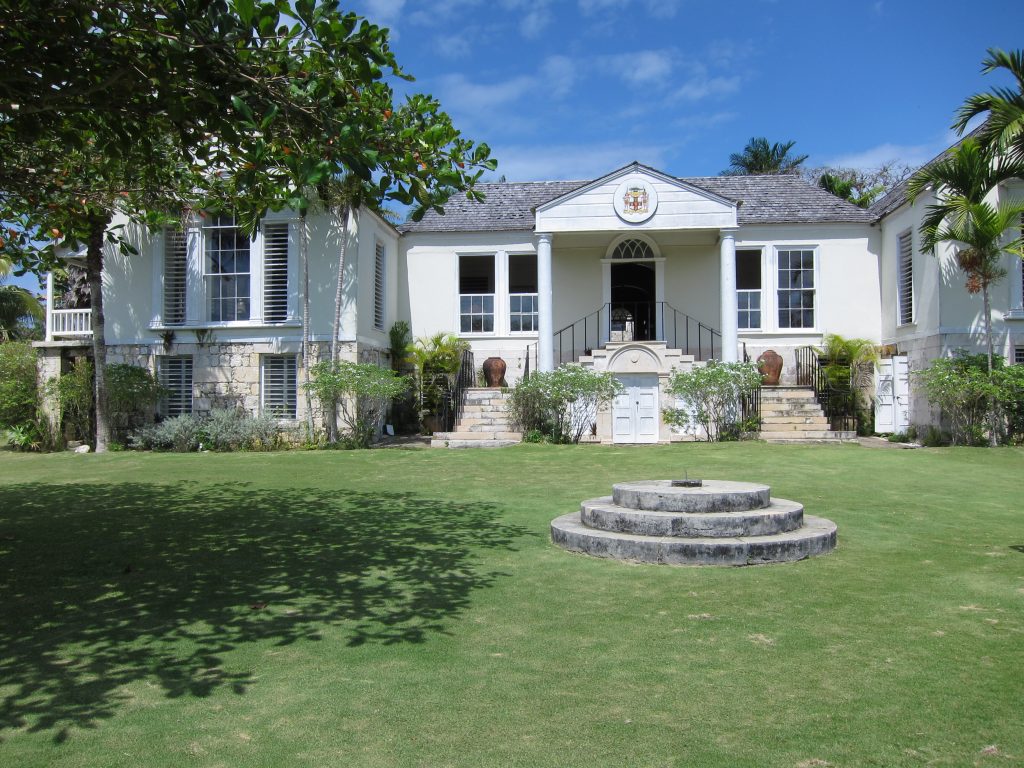 Good Hope was built in 1755 as the home of Col. Thomas Williams and his young bride Elizabeth. Apparently she loved the place. It is about 80 meters higher than the surrounding valley, has a great view and was relatively cool compared to the valley below. 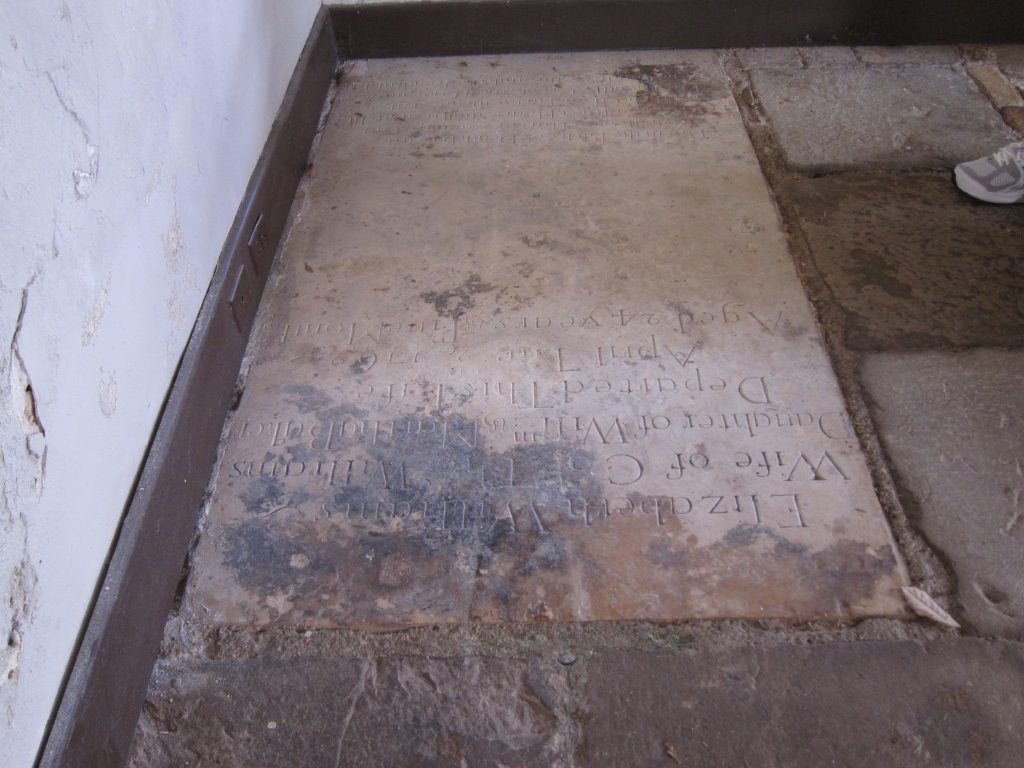 Sadly Elizabeth contracted malaria and died in 1762 at the age of 24. Her grave is just inside the entrance to the house. 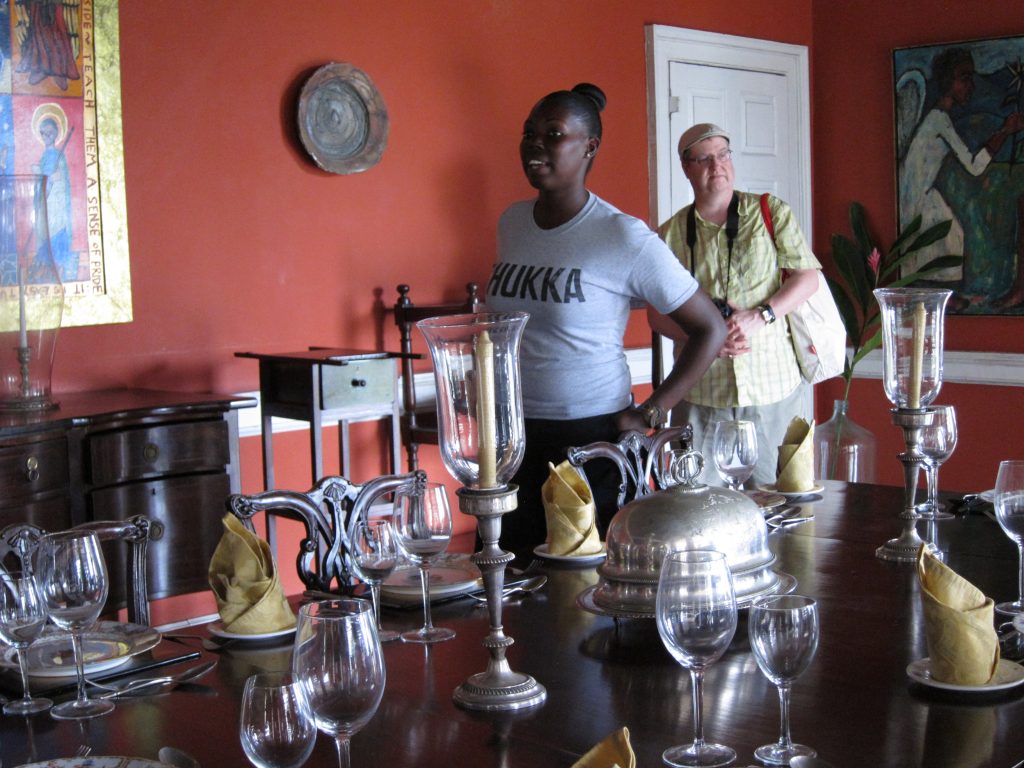 Maria was the very friendly and knowledgeable guide who showed us round the property and got us settled in the patio for tea. 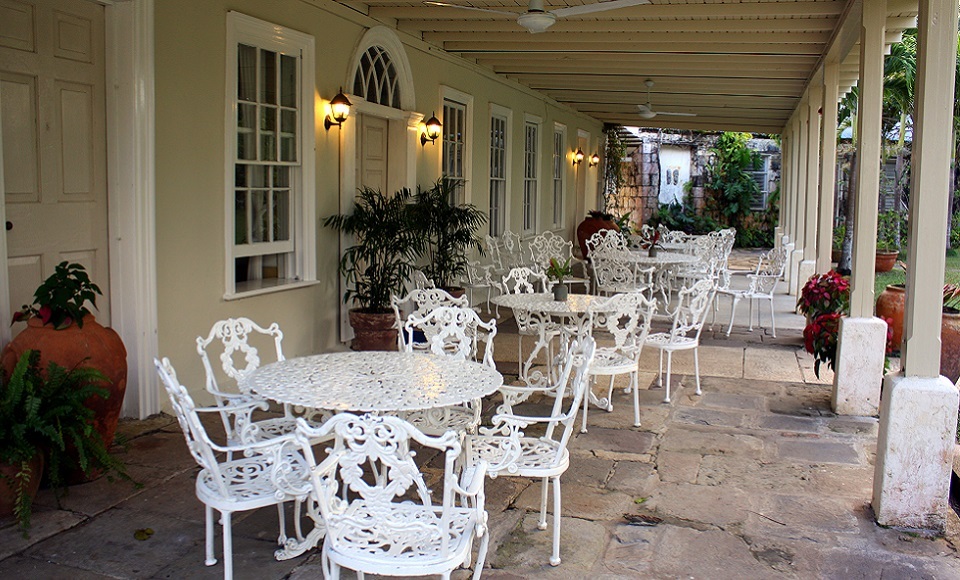 Here’s the patio. This is not my photo so unfortunately you don’t get to see all the tea, scones and sandwiches we got later. 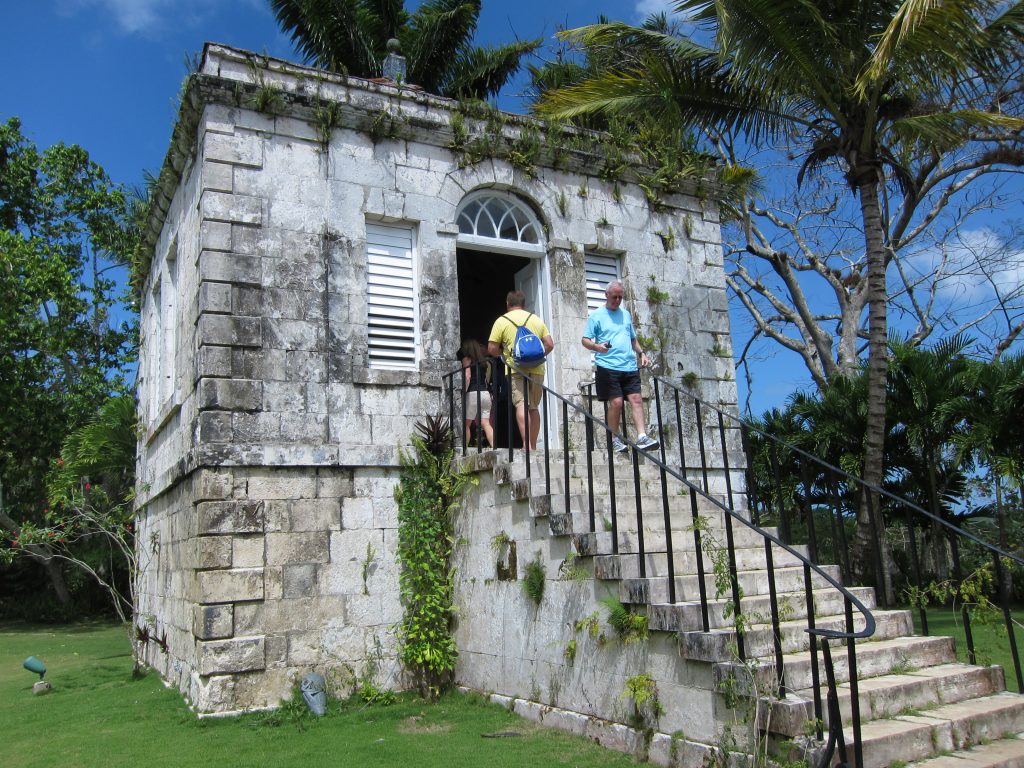 Good Hope was later owned by John Tharpe, who constructed this Counting House behind the mansion for dealing with business affairs. Tharpe apparently had a safe room in this blockhouse in case of slave insurrections, but he was quite an enlightened slave owner (if that’s possible.) In any event he was never the target of any revolt. 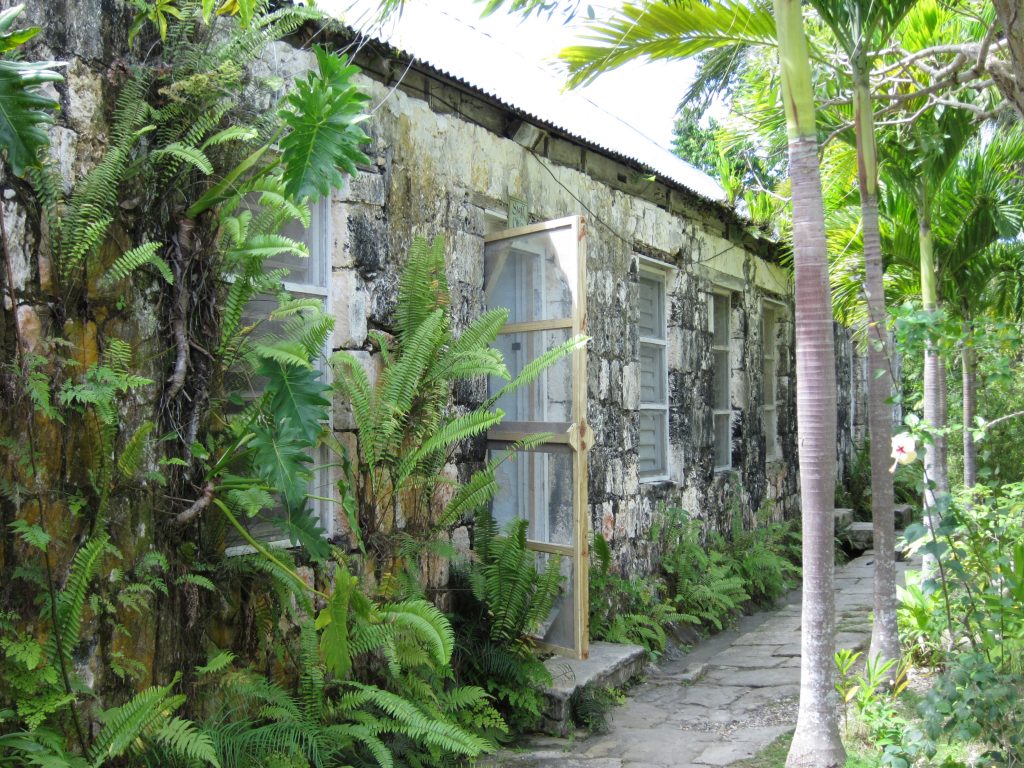 This is the main kitchen for the house. It was separate to avoid the heat of cooking fires and the threat of fire itself. 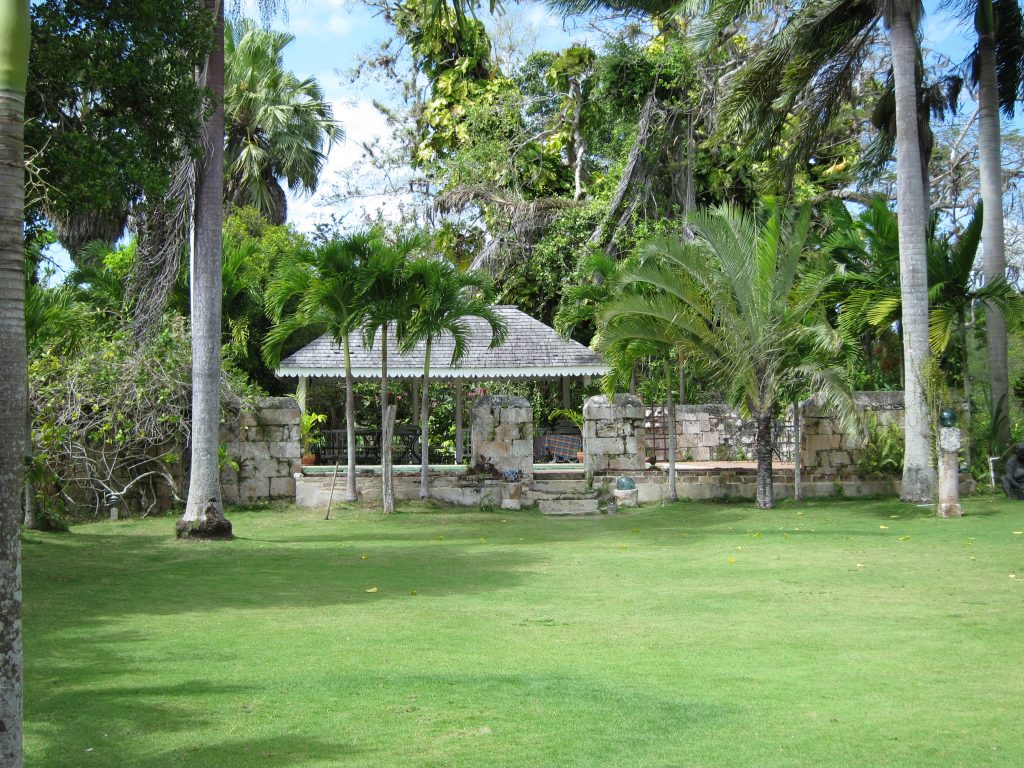 Here are the ruins of an even older house that was here before the building of Good Hope mansion itself.

After a nice cup of tea or Blue Mountain coffee, some sandwiches and other goodies, we walked back out through this lovely mansion to our bus and headed back down to the valley and back to Falmouth. It was a lovely day all in all and we enjoyed our visit to Falmouth very much.

Economics Life Experience Technology
Posted on October 18, 2018October 18, 2018
I never have used pot – never smoked a roach, never ate any of Alice B. Toklas’ brownies. I’m sure lots of kids did...
Life Experience
Posted on December 1, 2016February 2, 2018
As we left Mallorca and started the first of our two sea days to get to Tenerife, it was time to relax, kick...
Family Life Experience Travel
Posted on November 26, 2016February 8, 2018
As Rome woke up on Saturday morning and we got ready for our taxi ride to the ship, I stepped out on our postage...