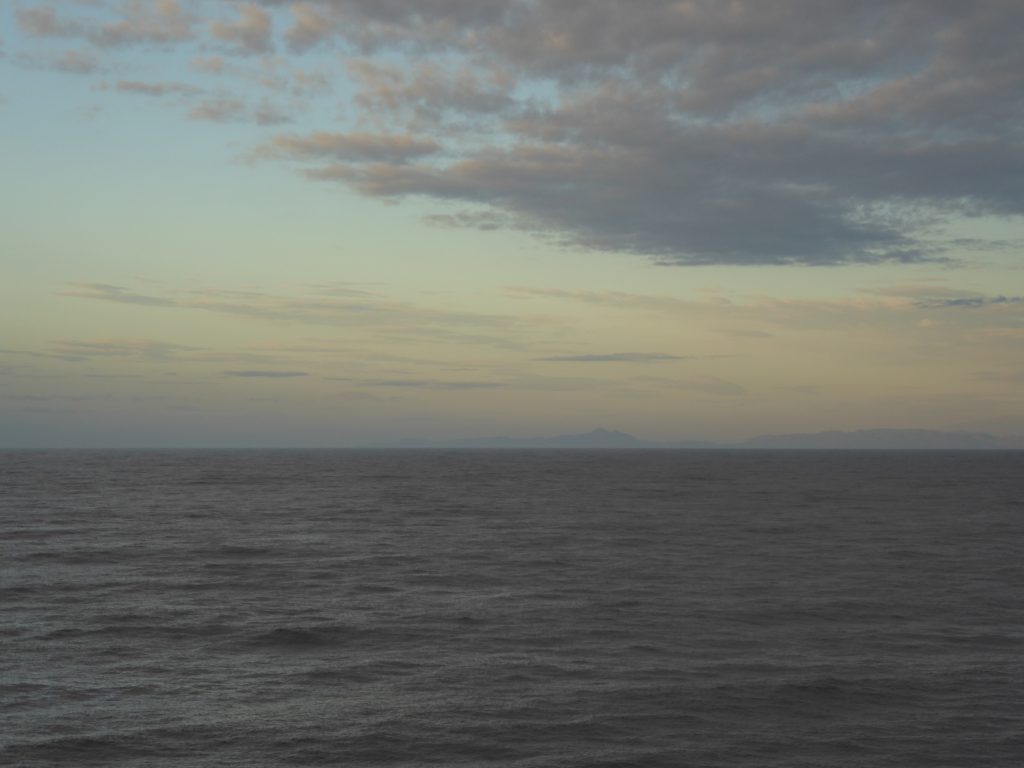 As we left Mallorca and started the first of our two sea days to get to Tenerife, it was time to relax, kick back and enjoy some quality ship time. We discovered there were three excellent speakers aboard for our trip:

We took full advantage of their talks throughout the cruise.

We also learned the desirability of booking a cabin a bit further aft rather than amidships. Cabin 7312 was behind the suites tier that bulges out amidships. That bulge protected us from any wind generated by the ship’s speed, and we didn’t feel a lot of motion either. We were also away from the midship elevator area which is open to the lower decks so we didn’t get a lot of rock n roll late into the night.

On a westbound cruise it is also a good idea to book a starboard cabin. It is a little shadier but you don’t get the sun beating on you all day long, and the changing sky conditions make for a lovely set of photographs. On this day the Mediterranean was calm and we were close enough to the Spanish coast to see it most of the day.

Our second sea day dawned a bit cloudy but sea conditions were good. The sun soon made an appearance.

For some time we were accompanied on our course by this warship. Whether they were just going to Tenerife, whether they simply wanted to practice their escort technique, or whether (gulp!) there might have been possible piracy off the African coast I can’t say. Certainly the Captain made no mention of pirates in his 10 AM report on navigation and weather. Anyway the warship soon dropped astern and we were left to peacefully sail to the Canary Islands. The naval vessel never really got that close – the photo was taken with a long telephoto setting.

Two relaxing days at sea…aaah! Tenerife is next.