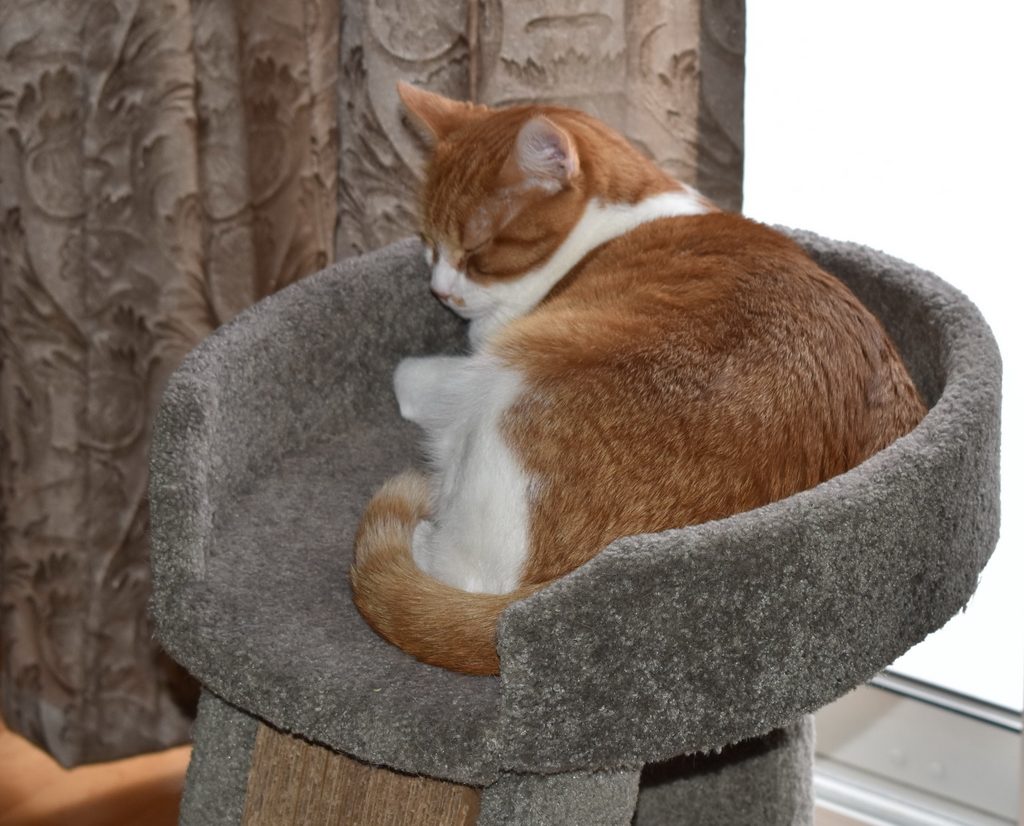 Last week we were enjoying the warm Caribbean sunshine with our daughter’s family (more on that later on.) Meanwhile, Mr. Oates’ little world was coming apart at the seams.

We haven’t left him for any length of time since he arrived from the shelter last June, so he’s gotten pretty used to us and his way of life here. Cats – being the habitual creatures they are – always do.

He went over to our friend Shari’s house for foster care for a week. She’s well experienced in animal welfare and has a cat herself – the formidable Lady Onyx.

So we bundled Oates into his carrier and took him howling and moaning on a short car ride to Shari’s place. When we let him out of his cell he immediately streaked into a bedroom and hid out under the bed. No amount of treat bribery could coax him out. We know him well enough that we weren’t worried about him spending the week there.

Sure enough, he did emerge after we left and made the best of it. He even got along with Onyx – a minimum of hissing on her part. He snuggled up with Shari on her comfy chair. Cats are nothing if not adaptable.

So last night it was back into the carrier – more howls and moans as we drove him home. But as soon as we opened the carrier and he got a look around – instant Nirvana. He was home.

It was like turning on a switch. Suddenly all was right in Oates’ world again. He gobbled down a few cat treats, had a look round the basement, chased his favorite mouse toy – settled down on the couch beside me. He spent last night sleeping right between us – all night long. The above photo was taken earlier this morning.

Sometimes I wish it was as easy to fix the problems of humanity as it is to fix the world of a cat.