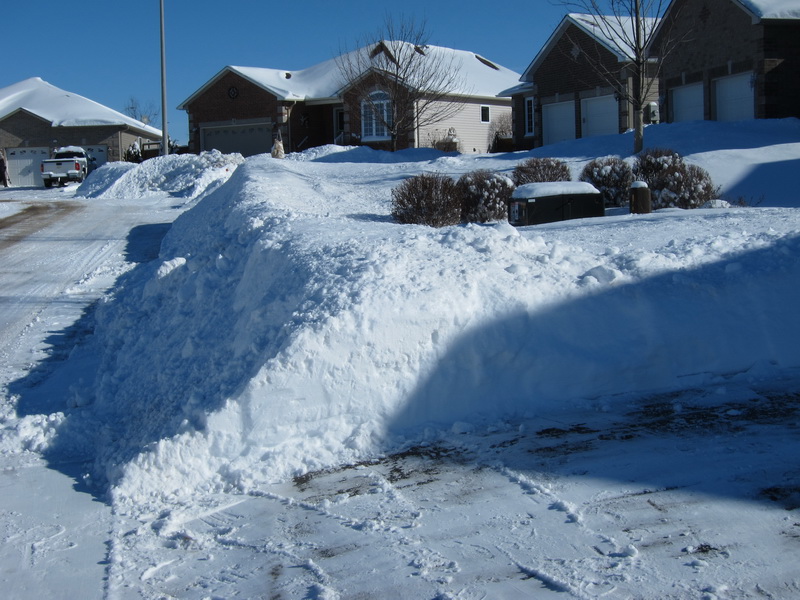 When we moved from the Toronto area to the Valley we anticipated some climate change – after all we were 400 km closer to the Atlantic and 175 km further north. That brings us into the fringes of Atlantic storm tracks and definitely into the Laurentian microclimate – invigorating. We had lived through this type of thing in the 1970s so we had some concept of what that could mean but – Wow!

In 2007-2008 we had the highest snowfall I have ever experienced in my life – 430 cm. That is Alaska-esqe. Nothing like that happened in the past two winters but oh my they have been cold ones. Brutal in fact. The average daily high temp. for the past two months is colder than the normal nightly low – and the lows were often in the -20s with windchills approaching -40 C. At -40 it doesn’t matter what scale you use – that is frigid.

We have now made it through 2/3 of the official winter period but there doesn’t appear to be any end in sight. George Harrison – wherever you are – please give us a chorus of “Here Comes the Sun.”