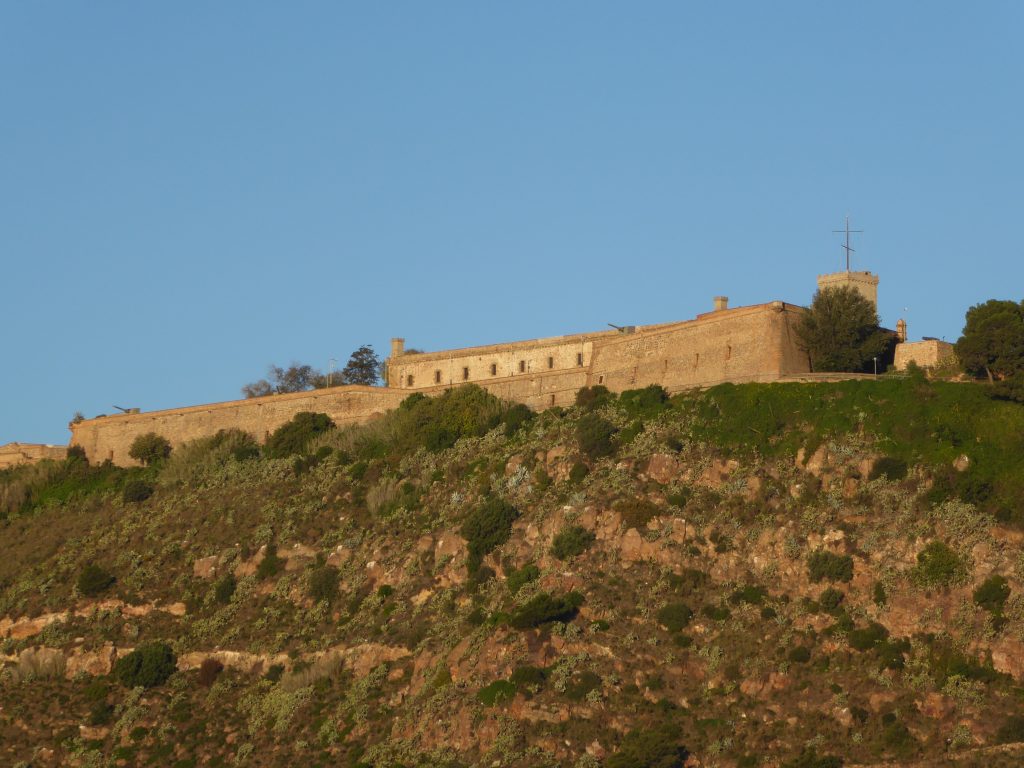 Another sunny day dawned as we docked in Barcelona under the familiar outlines of the Castell de Montjuic. 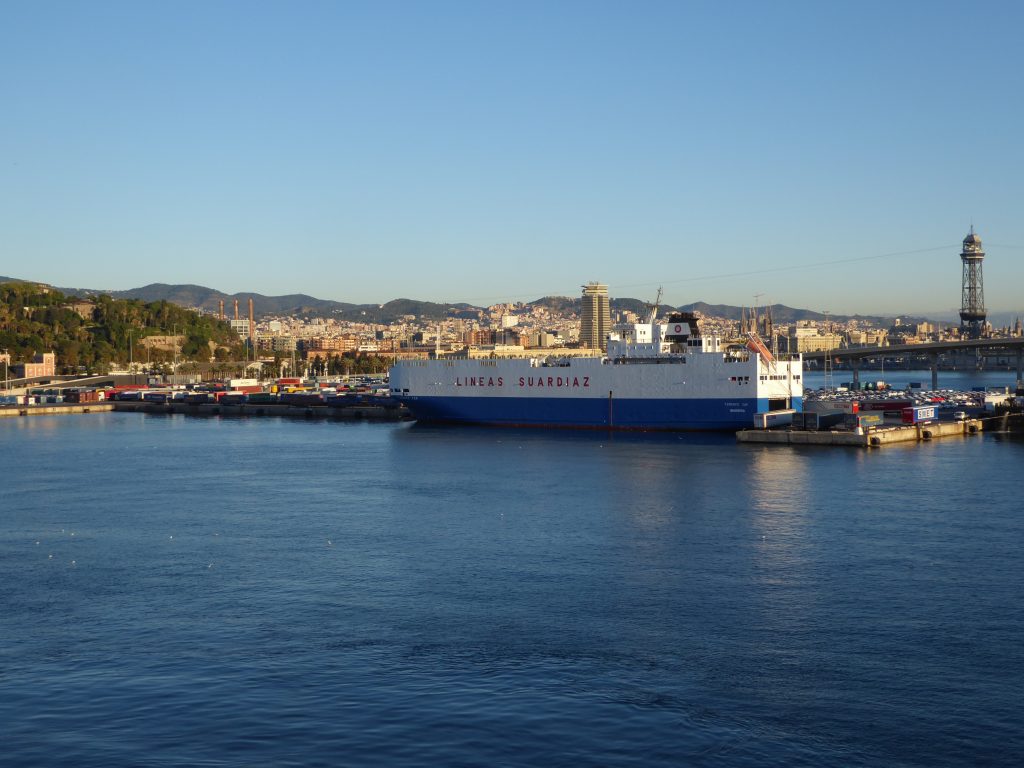 Over behind the auto carrier ship we could see the city itself. 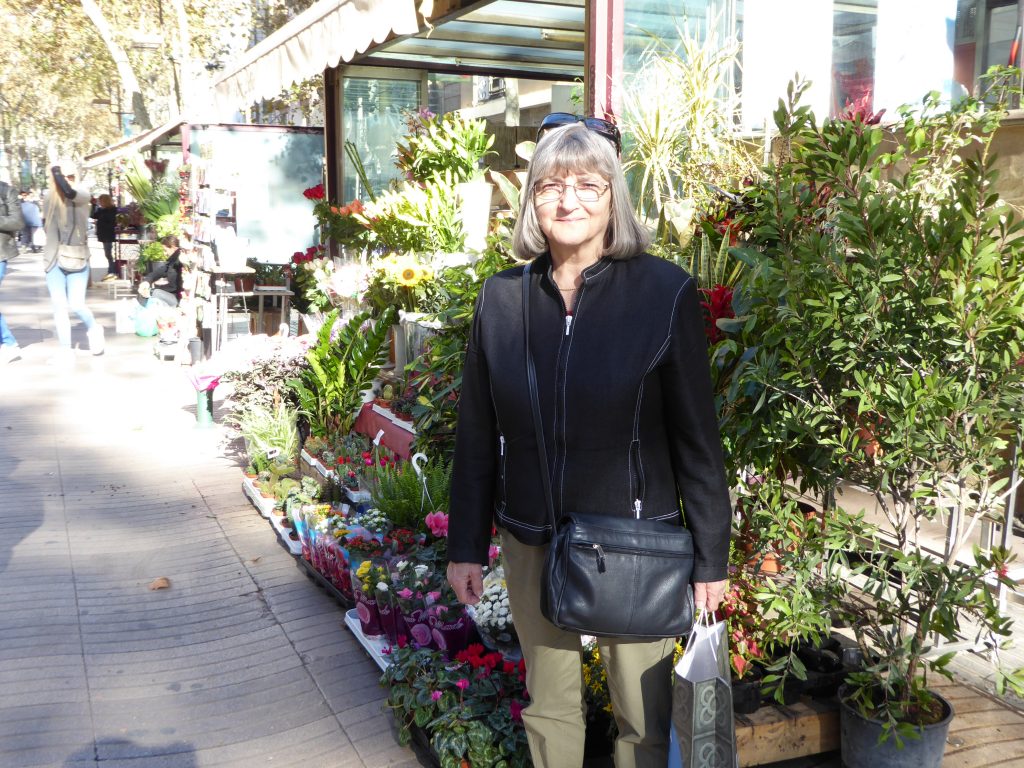 The shuttle took us over near the Columbus monument at the base of La Rambla. We didn’t have major plans, just a walkabout and some souvenir shopping. Teddy needed a new Messi jersey from FC Barcelona as he had outgrown his old one. Shortly after we started up La Rambla we found a shop which had everything we wanted – jersey for Teddy, FCB caps for all the kids, even something for Teddy’s dad. Sadly Sarah was left out of the football wardrobe. 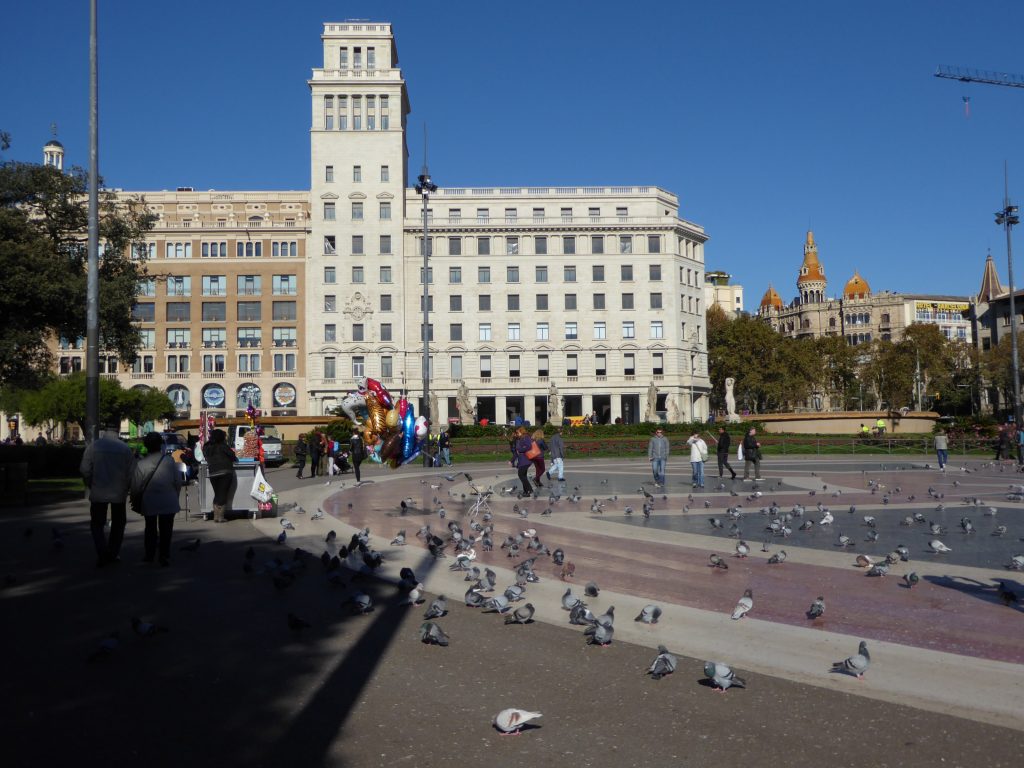 We carried on up to Placa Catalunya. The pigeons are still there; too bad we didn’t have Teddy available to chase them as he did in 2012.

We then headed up Passeig de Gracia and were soon in Gaudi territory. Here’s our favorite house – Casa Battlo. No scaffolding here now as there was the last time we were in Barcelona. 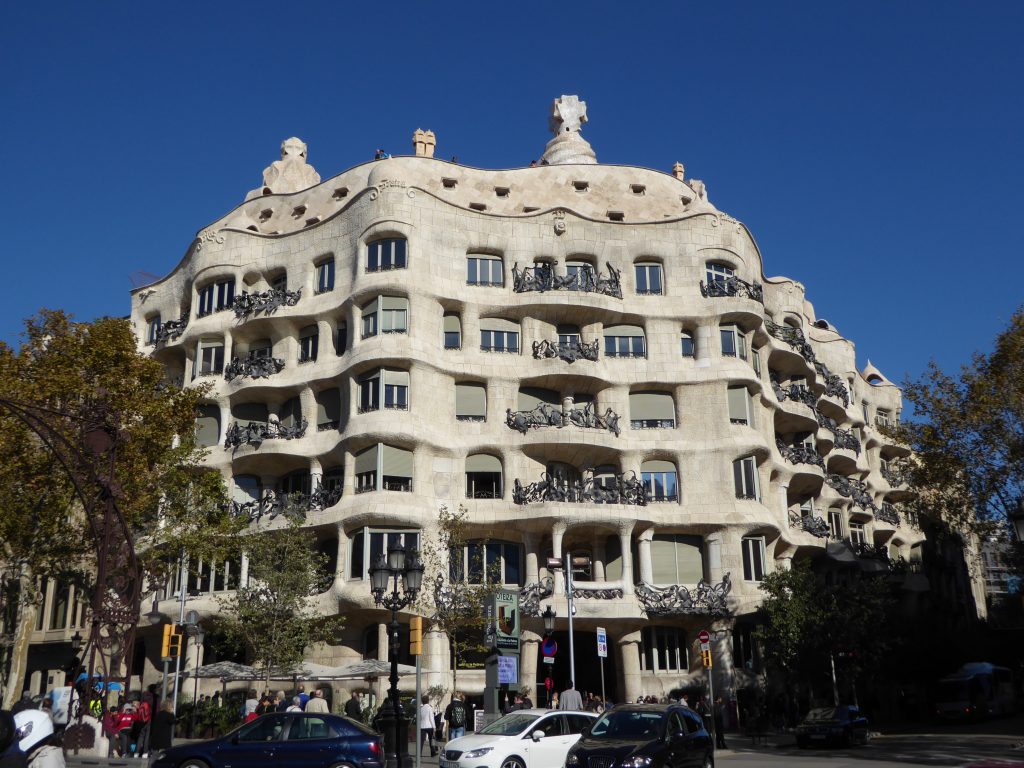 And just a bit further on is La Pedrera. At this point we turned off Passeig de Gracia and walked over to 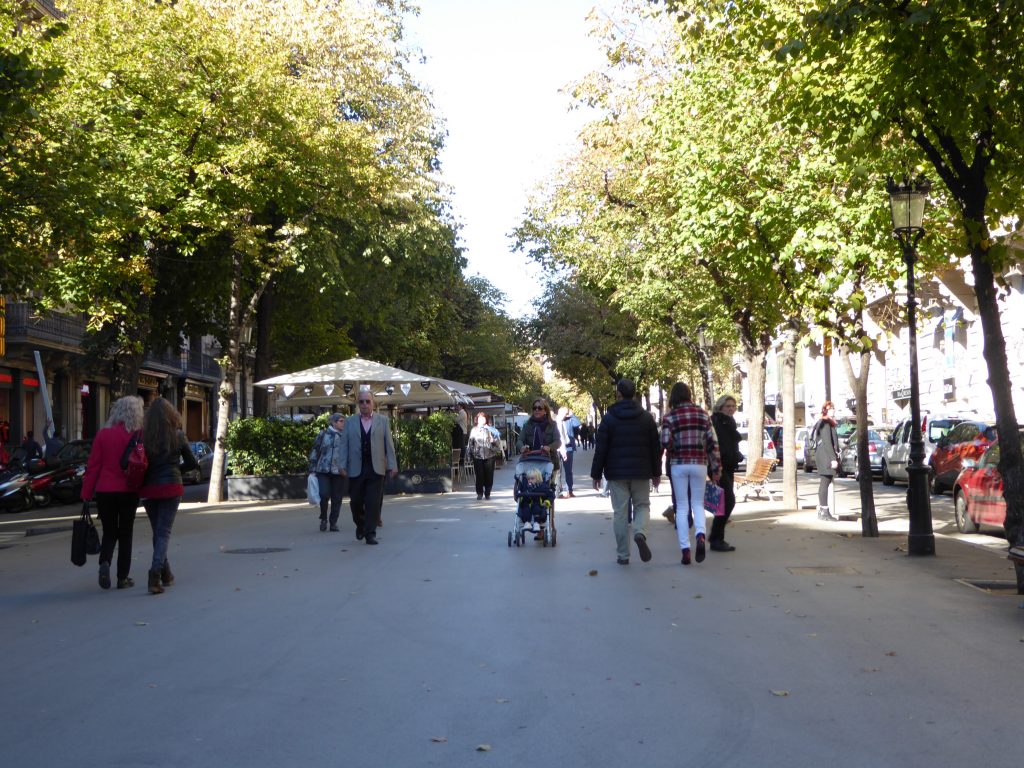 my favorite street in Barcelona – Rambla de Catalunya. It’s just as nice as La Rambla with about 1/10 the number of ramblers. We followed it back to Placa Catalunya. 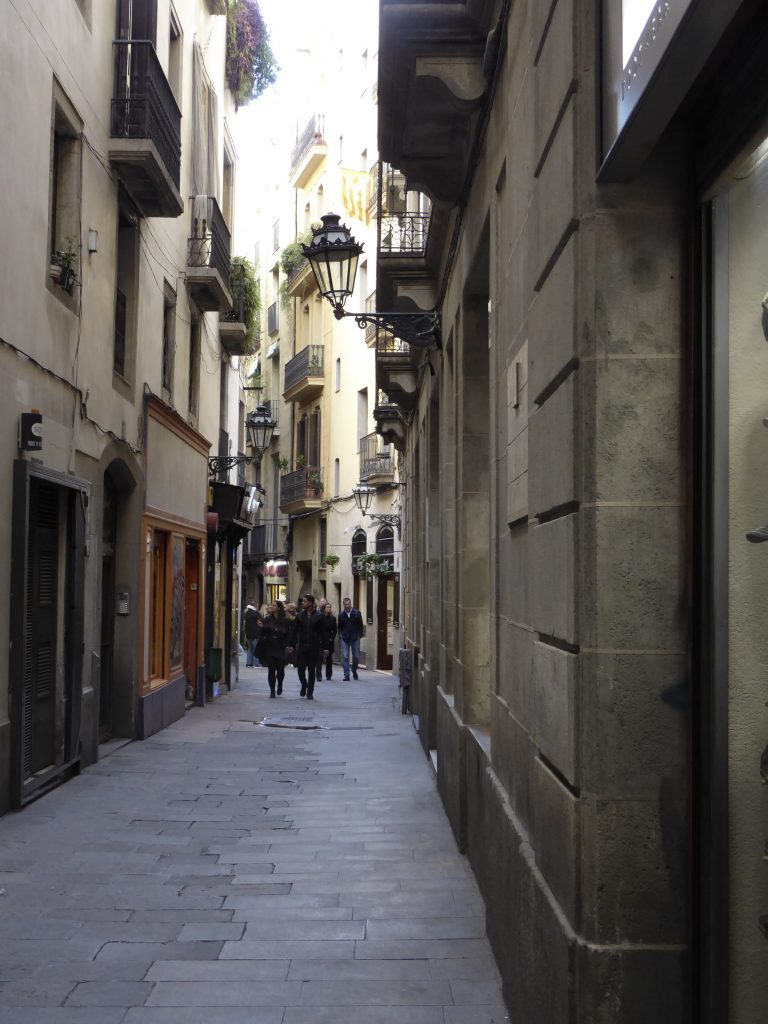 Down La Rambla again, then we headed into the Barri Gotic to see the cathedral. 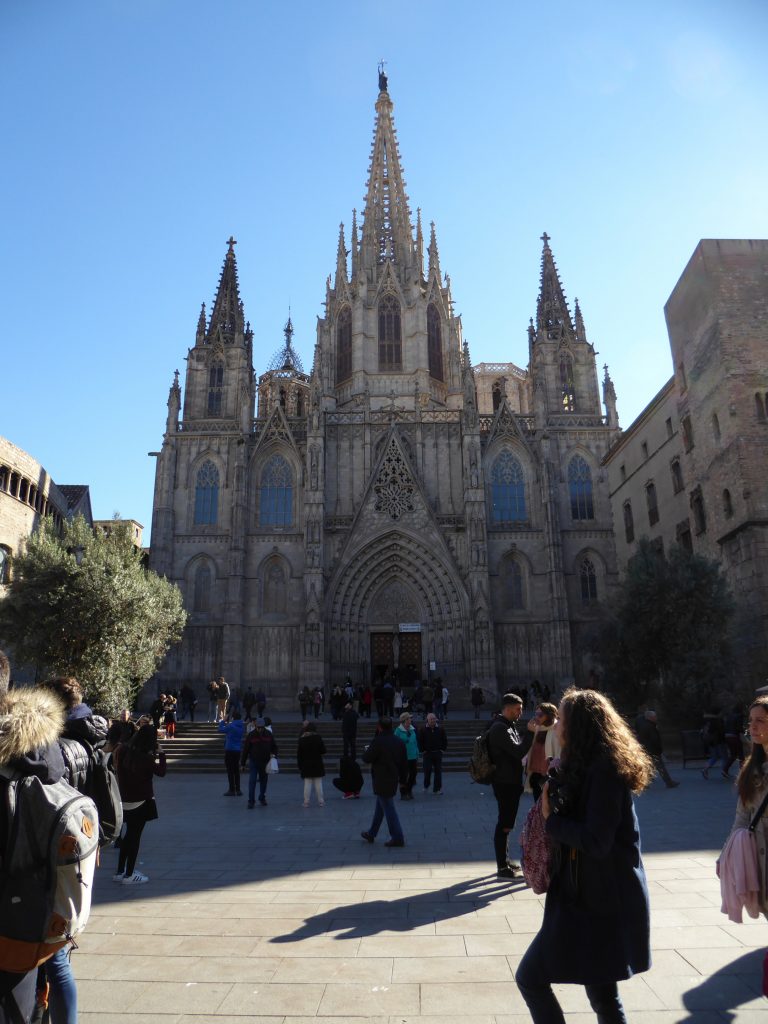 It’s looking good – in a 14th century sort of way. No scaffolding here any more (yay!) 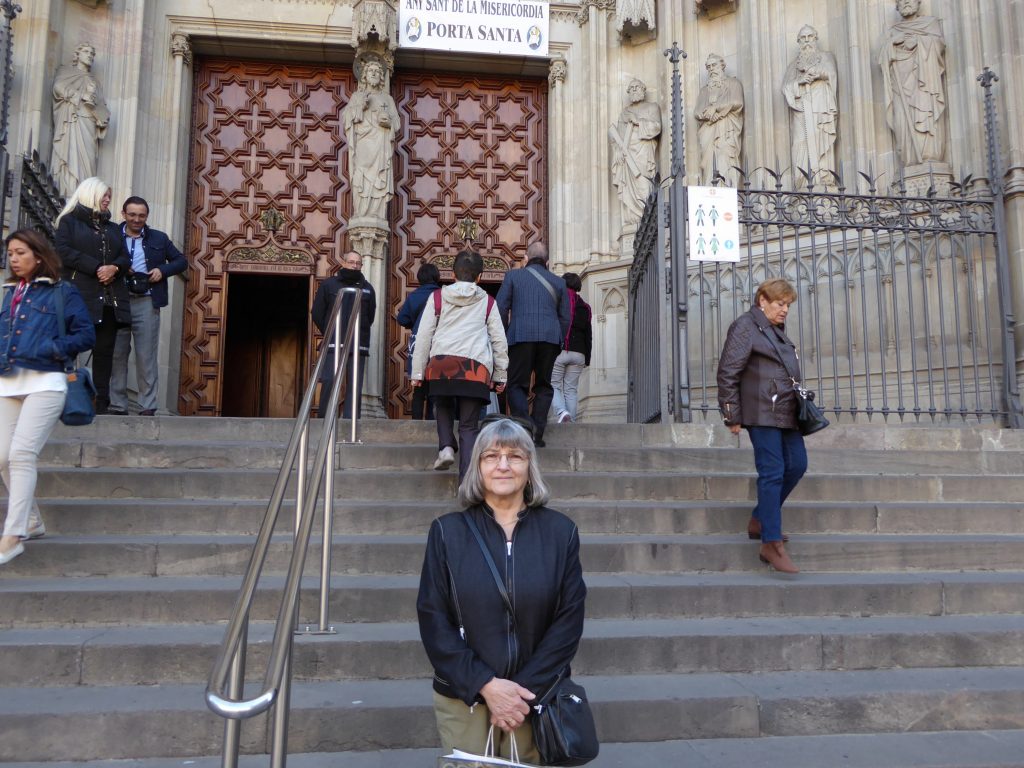 And yes, there was another holy door to pass through. 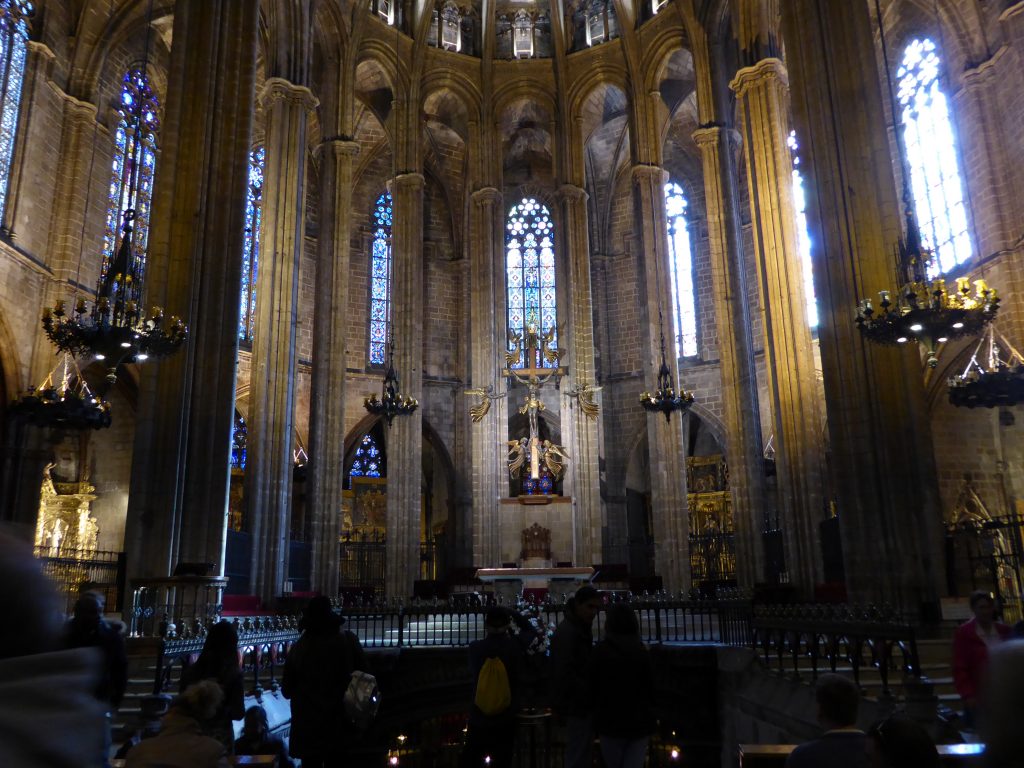 Inside it was hushed and peaceful. We didn’t go over to the cloister to see the geese this time. 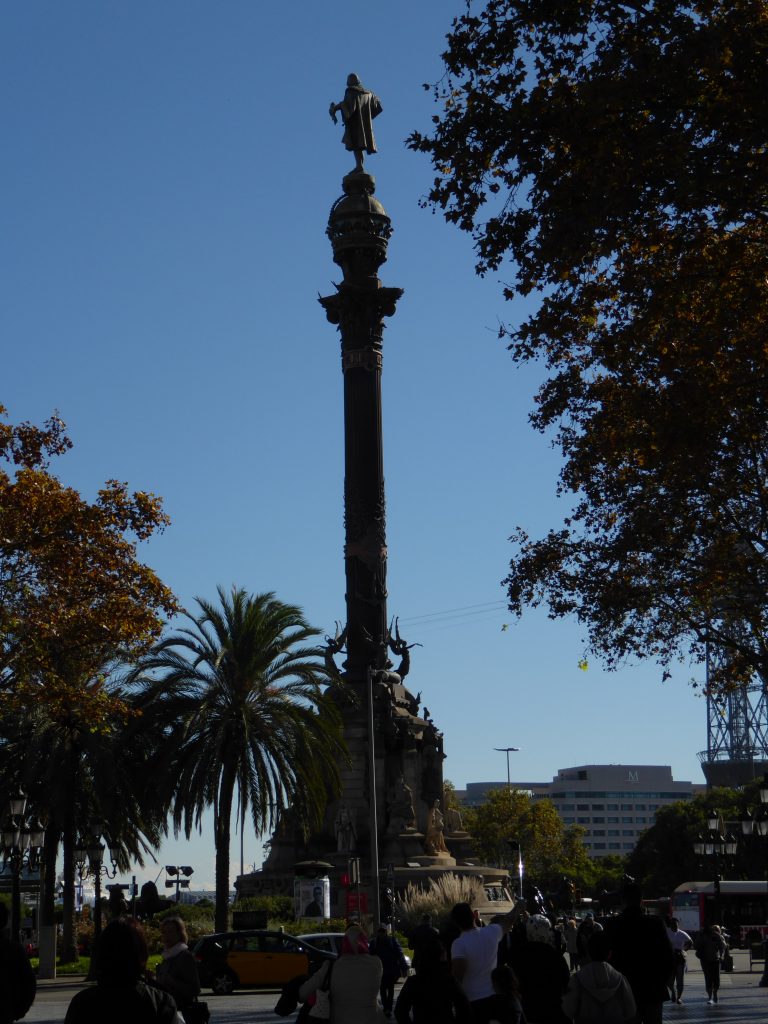 On the way back to the shuttle point we passed the familiar Columbus monument at the base of La Rambla. Here our Barcelona ramble came to an end. 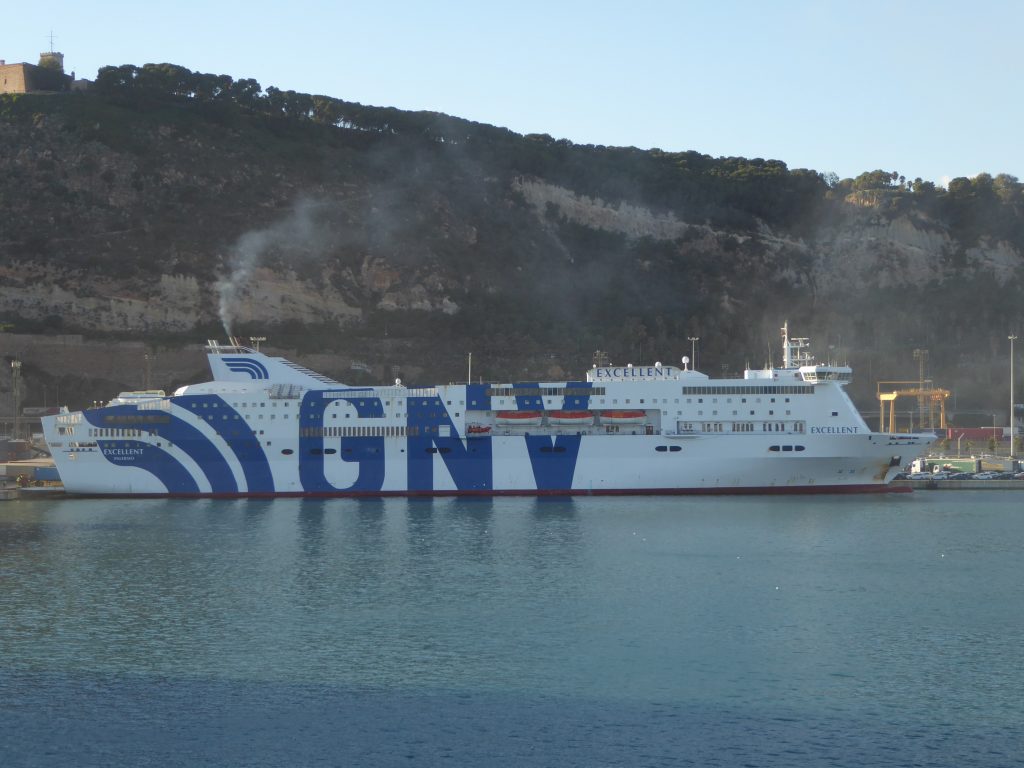 Back on the ship we spotted one of the many ro-ro ferries that run between Genoa and Barcelona. Barca is quite the Italian playground, as we found out on our previous trips here.

That was it for Barcelona – we always enjoy coming here (if only for a day.)

Family Life Experience Travel
Posted on March 3, 2016February 14, 2018
We’ve taken a few cruises in the Caribbean or across the Atlantic, and most of them have started in the gateway port of Fort...
Life Experience
Posted on February 6, 2015October 2, 2018
The end of February will mark 10 years since our first visit to Almonte and our decision to buy here and settle in for...
Economics Life Experience Technology
Posted on April 15, 2016February 12, 2018
60 years ago when Danny & The Juniors were getting ready to record “At the Hop,” IBM was spinning their own brand of...