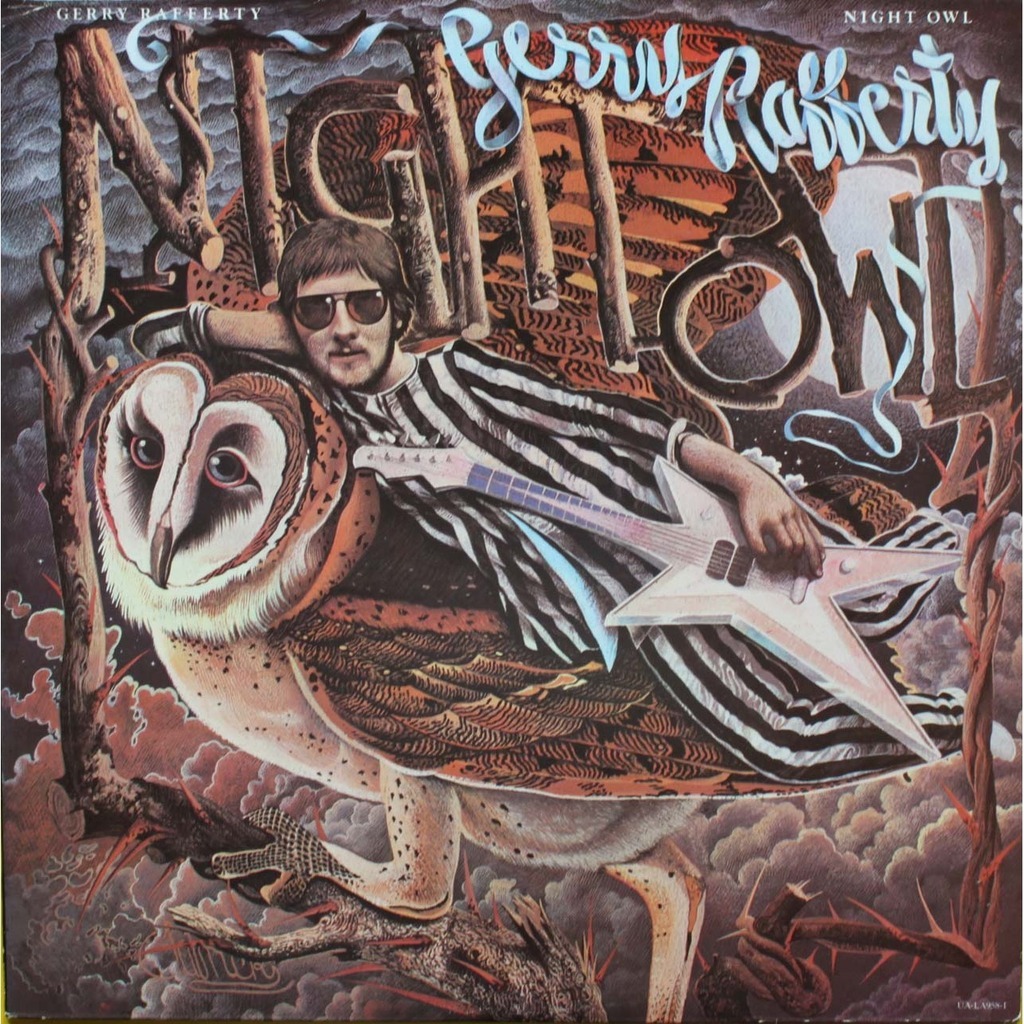 Back when I started listening to rock and roll (in its antediluvian days) the saxophone had a prominent role in most tunes. A good example is this Little Richard classic from 60 years ago.

Note that the saxophone in this early rock cut serves to add muscle to the rhythm section in the absence of electric bass (still in development) plus give a honkin’ instrumental solo (that would later be handled by a Telecaster or Strat electric guitar.)

In the guitar drenched 1960s and early 70s the saxophone was seen as a quaint anachronism in most studio recordings. Then in the late 1970s and 1980s it made quite a remarkable comeback.

I can think of two major reasons this happened. First was the popularity of Bruce Springsteen and his long time collaboration with Clarence Clemons. You can get a sense of that here. Lots of guitar and bass – but a searing sax solo as well.

The second reason is because of the work of Scottish folk rocker Gerry Rafferty. Rafferty’s use of saxophone on his late 70s hit “Baker Street” is considered to be the most iconic sax riff ever. And my personal favorite is the follow up hit “Get It Right Next Time.”

This cut from Rafferty’s 1979 “Night Owl” album has pretty much all the elements of a rock hit – infectious shuffle rhythm, spooky introduction, some good guitar licks, and to top it off a rollicking solo by one of the great sax players of the 70s. His name was Raphael Ravenscroft and yes he did the Baker Street riff as well.

Not bad lyrics either:

You gotta grow, you gotta learn from your mistakes

When you believe there’s no mountain you can climb

Sadly Gerry Rafferty, Clarence Clemons and Raphael Ravenscroft have all passed away. Done too soon, as Neil Diamond would sing. But the sax legacy lives on.

Family Life Experience Pets
Posted on August 22, 2021August 22, 2021
On August 24, my older granddaughter Veronica turns 11. While she is rapidly turning into a real young lady, she is still as sweet...
Economics Hobbies Life Experience Technology
Posted on February 9, 2017July 17, 2017
There’s been plenty of news lately about the HMV Canada bankruptcy and store closing. As another record store chain goes down, it joins...
Economics Life Experience Technology
Posted on December 12, 2018December 13, 2018
If you are hosting your blog on your own domain, you need to have two things: WordPress software A WordPress theme WordPress software is the...