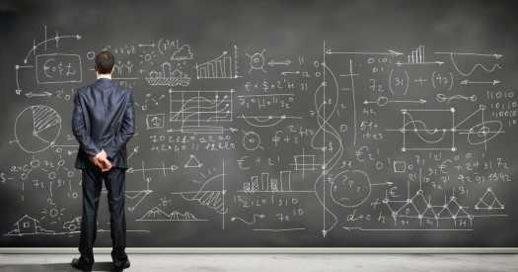 As another Winter Solstice approaches so does my 13th anniversary of retirement. I calculate that in the 21st century I have spent only 25% of my time gainfully employed (23.5% if you add in the year 2000 – which technically is in the 20th century.) But who’s counting?

And just as it is with any other stage of life – childhood, education, career(s), marriage, parenthood – retirement doesn’t begin with knowing everything about it. Even if you are experienced in the other facets of life, you have to learn a new way of living. There is a lot of angst about retirement in the Boomer generation today because most don’t know what retirement means in any practical sense.

I am in the leading edge of the Boomer generation maybe even a pre-Boomer technically. So I’ve had a bit of time to learn some things. Retirement still changes as the days, months, years pass. But after 13 years I have figured a few things out. All of it? Not bloody likely, mate. Here’s what I feel confident about:

I grow old. I grow old… I shall wear the bottoms of my trousers rolled.

I am now well past the status of “early retiree” – a time when I was lucky to get the seniors’ discount at Ponderosa or Sizzler. My “normal retirement” date occurred in 2011. I must begin collapsing my RRSP as of 2017 (and pay the taxes.) Even those busy seniors who serve coffee or flip burgers while wearing Timmy’s or Mickey Dee uniforms are arguably younger than I am. The breathless articles in the Financial Post about post retirement age careers generally mark the age of 70 as a time to consider hanging up your skates. I am there now, baby. In spades.

Those are apparently the three stages of retirement living. And it’s true the first decade or so had a lot of travel involved. A number of bucket list destinations came off – Russian palaces, Greek islands, the Parthenon, Titanic Quarter, Istanbul, Australia, New Zealand, Polynesia, Hawaii. Most of these were cruise trips. We have done a number of Transatlantic crossings and one Transpacific one.

Now we may be getting into the Go Slow stage. No trips this year and we have only one planned in 2018 – a Caribbean jaunt with our grandchildren. Some days it just doesn’t seem worth the hassle to pack and travel by air.  That said, I suspect the No Go stage will be a bit in the future assuming our health holds up.

It’s Not All About the Money

As mentioned previously, there seems to be a lot of pre-retirement angst in the media these days. Most of it revolves around finances – or lack thereof. There does not seem to be much press given to planning a rich retirement in non-monetary ways – yet our experience shows this to be very important.

We have lots of knowledge now in keeping our minds active. Maria volunteers at a thrift store a couple of days a week. I worked as a volunteer part-time production guy and technical officer at a small coffee roastery in town for a couple of years after retiring. Then I learned about Linux, computer repair and networking and I now serve as the neighborhood go to guy on IT. I suppose I could make some money at it but I don’t want to compete with the locals who do it for a living and probably need the money more than I do. A bottle of wine here and there is reward enough for keeping my mind in gear.

It’s Somewhat About the Money

Expenses go on in retirement – you still have to maintain your home, and as you get older you start paying for chores you did yourself when younger – yard maintenance, snow clearing.

In our case we don’t have dental insurance any longer. There are expenses for nice hearing aids and if you want more than the basics for say cataract surgery you will pay for it. We are fortunate enough that these expenses are not beyond our means. In the long run we should be OK if we need to move into a nice seniors’ home. It’s something we have planned for and we can do it when we need to.

My Work Life and Experience Becomes More Distant (and Irrelevant)

Unilever sold another brand category and factory recently – one that occupied about ten years of my working life. All the other factories and offices I worked in over 35 years have been closed – one plant completely demolished and replaced by a warehouse. Products I developed or improved have been divested or discontinued. Even the activity of food science itself is largely confined today to small entrepreneurial firms, government or academia. The multinationals have repatriated everything to the US or Europe – even India and China. It’s a different world – and frankly I’m glad I don’t have to fit into it any more.

And on that depressing note I’ll close, go have a Scotch and celebrate my 13th anniversary of “early retirement” tomorrow.

Family Life Experience Technology Travel
Posted on December 22, 2016December 15, 2017
In this age of convergence I suppose it is possible to travel with a smartphone and have it take care of your electronic needs...
Family Life Experience Technology
Posted on October 8, 2018
On last Saturday, Maria and I were privileged to attend a Celebration of Life for Tom Abraham. It was good to see Laura and...
Life Experience
Posted on October 23, 2018
Some men see things as they are, and ask why. I dream of things that never were, and ask why not. (Robert Kennedy) Mandy...