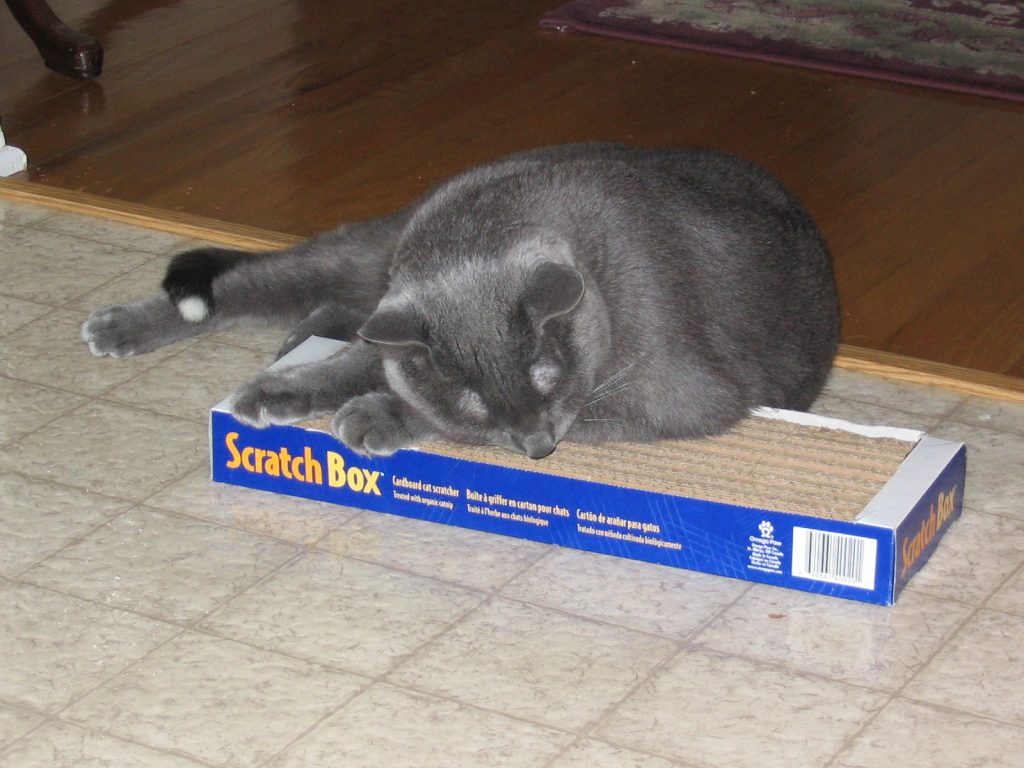 In 35 years three great cats have lived with us. All three have shared the feline grace and beauty. All three combined contemplative calm with explosive energy. All three exhibited the “it is what it is” attitude that every cat shows to the world. All three were hearty and friendly souls with their human companions.

But each one was unique in his own way. Take phobias for instance. Brio was freaked by plastic bags. Sammy was terrorized by Jack Russell terriers. And Mr. Oates isn’t all that keen on vacuum cleaners.

Or consider how each one took (or takes) a catnap with a human:

Brio was the lightest and slimmest of Siamese. I used to lie on the sofa or the floor to watch TV and soon a slender Seal Point would pad up, stretch out on my legs head footward, and use my slipper as a pillow. He would doze off happily in this position. For years after Brio went to the Rainbow Bridge I used to expect to see that brown and cream ball of fur coming whenever I stretched out somewhere.

Sammy was the heaviest and largest of the trio. When I lay on the couch I had to turn on my side for him. Then he’d hop up on the back of the sofa, walk delicately onto my rib cage (ouch!) and finally stretch out with his head near my shoulder. He’d stay for a while, rumbling that magnificent purr, and then if he wanted to sleep he’d head down to the floor and nod off nearby. He was a hangout with you rather than in your face sort of guy.

Mr. Oates – He Longs to Be…Close to You

Oates is a mid-sized but solidly built cat. But he doesn’t want to lie on you. Instead he “spoons” – curls up in contact with the back of your knees. He has to touch you and then he’s happy to lie there and snooze as long as you let him. At least that’s how he is with me. He is much cuddlier and in your face with Maria.

Oates is really smart when it comes to reading the signs for a nap on the part of the owner. He’ll come running as soon as he thinks that’s about to happen. Like now.

Gotta go – he’s already waiting for me, and I don’t want him hogging the whole bed.

Economics Family Hobbies Life Experience Technology Travel
Posted on September 16, 2019September 16, 2019
Well, Rogers Mobile has some special sales on now to introduce their Ignite Unlimited wireless. Although we have been a customer for decades, up...
Family Life Experience
Posted on January 15, 2017November 6, 2017
Your Inauguration day in 2009 was historic in more ways than one.   It was also the birthday of my grandson and first...
Life Experience
Posted on July 31, 2017
Sarah and Dave gave us tickets for our anniversary to see “Motown- the Musical” and I am glad they did. We went to the...