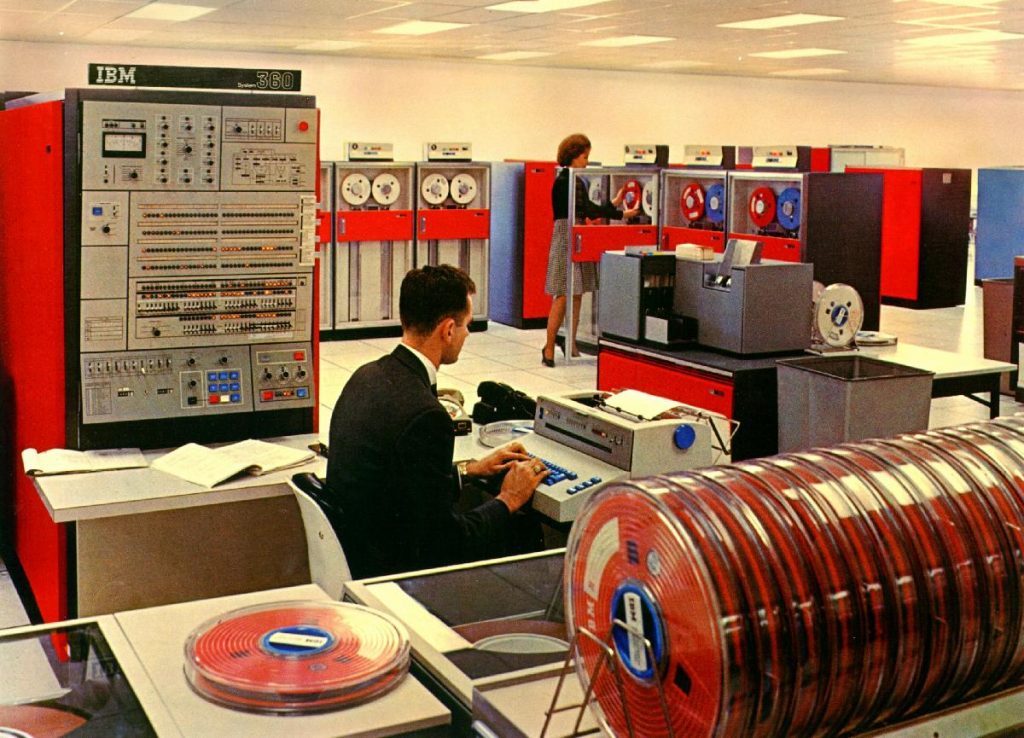 This is what we used to mean if we used the term in computerese. Mainframe units that required their own air conditioned room.

These days with a lot of folks surfing the Net on a smartphone, I’d argue that “big iron” probably refers to a desktop system. Call me a dinosaur but I still think there is a place in my online world for the big unit.

I have two of these behemoths in regular use at home.

My primary desktop is a commercial grade Acer Veriton M. Assembled in the USA with quality components, it has a 2nd gen Intel i5 processor and a 1 TB hard drive. Since I use this machine for my Train Sim games I have increased the memory and added a discrete Nvidia video card. To do that I had to replace the power supply which was the only weak point in this system. So it’s a modified commercial machine I guess.

My other desktop is one I built from the ground up as a Linux only machine. It has a gaming case, AMD quad core Trinity chip which combines video and processor, a solid state drive for the operating system and a large regular hard drive for photos and documents. This particular machine is very fast and powerful since it runs Linux. As a home built unit, it has quality components and didn’t cost all that much to put together.

The joy of big iron. Some days it isn’t bad to be a dinosaur.