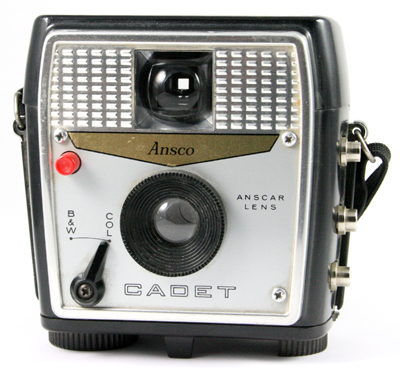 I’ve been taking photographs for well over 50 years – I started out with an Ansco Cadet box camera that used 127 roll film – 12 exposures and wait a week. Later on I switched to a Yashica 35mm rangefinder, and from 1981 to 1986 I was an SLR shooter. I started with a manual focusNikon FE and in the early 2000s switched to an autofocus Nikon F80 (N80 in the US.) I still have my F80 and a nice collection of old school AF Nikon glass.

However around the time I got my last film SLR, digital imaging started to take over. I followed the trend – my last great film based holiday was in 2006. It was my first cruise and I ran out of film in the middle of a port day in Oslo and had to scramble for some ISO 400 Fujifilm. Not gonna happen today when a memory card can hold close to 6000 image files.

Although I gradually migrated to digital, it was never with an SLR. The earliest Nikon DSLRs were a bit quirky – they couldn’t match the resolution of a film camera, they didn’t work as well with dedicated flash, there was the problem of a smaller sensor and “telephoto effect” – which multiplied a 24 mm wide angle into a 35mm wide normal lens. Worst of all was getting dust bunnies on the sensor which showed up in the images and were expensive and difficult to clean off. Who needed the aggravation?

So I made do – first with a Nikon digital rangefinder, then a Fuji bridge camera and most recently with a Canon S90. This last little gem worked great on the recent cruise and all the photos you see here were snapped with it. It’s surprisingly sophisticated considering it’s the size of a pack of playing cards. I’d never go on any holiday without it.

However, as good as it is, a tiny point and shoot like the S90 still falls short when it comes to serious photography. You can never get good photos of fast moving grandchildren with it, as it’s slow to focus and shoot. Also the wonderful rear LCD dispay still gets washed out in bright sunlight. It’s often a matter of rough guessing rather than precision when you take an outdoor photo. There’s no viewfinder of any kind.

I did my research, and at first I thought it would be cool just to get the digital camera body and use my collection of late 90s auto focus lenses from the F80. Nice idea but – in order to get a digital camera with a focus motor to drive the AF screw on these lenses I would have needed something very expensive, very large, very heavy. Also after all that I’d still have the “telephoto multiplier” unless I got a phenomenally sophisticated and expensive FX digital camera body. I have no intention of schlepping a huge camera and a bunch of heavy lenses any more – not after 12000 miles with the S90.

Besides, the camera and lens technology has changed so much it’s not necessary to have a whole bunch of lenses. Today’s cameras can dial up ultra high ISOs that were only a dream 10 years ago. Modern lenses have the focusing motor onboard, not in the camera. The new lenses have Image Stabilization or Vibration Reduction – I enjoy that feature immensely on my Canon S90. It was cheaper and better to get a couple of new VR zoom lenses. They have good optics and you don’t need to worry if they are a bit slower, since uber high ISOs are now possible. Low light photography without a flash or tripod is now routine with the latest digital camera – lens combinations.

Best of all there is an ultrasonic cleaner on the newest cameras that blasts away the crud from the sensor.

Oh yes, my old Nikon glass will still mount and meter effectively. I have to focus them manually, but at least I can try them out. If I don’t like the results, I still have them for use with the film camera. Or I can trade them in on another VR lens I guess. We’ll see.

I’m looking forward to trying out the new technology in a new and interesting format. Back to the Future, indeed.