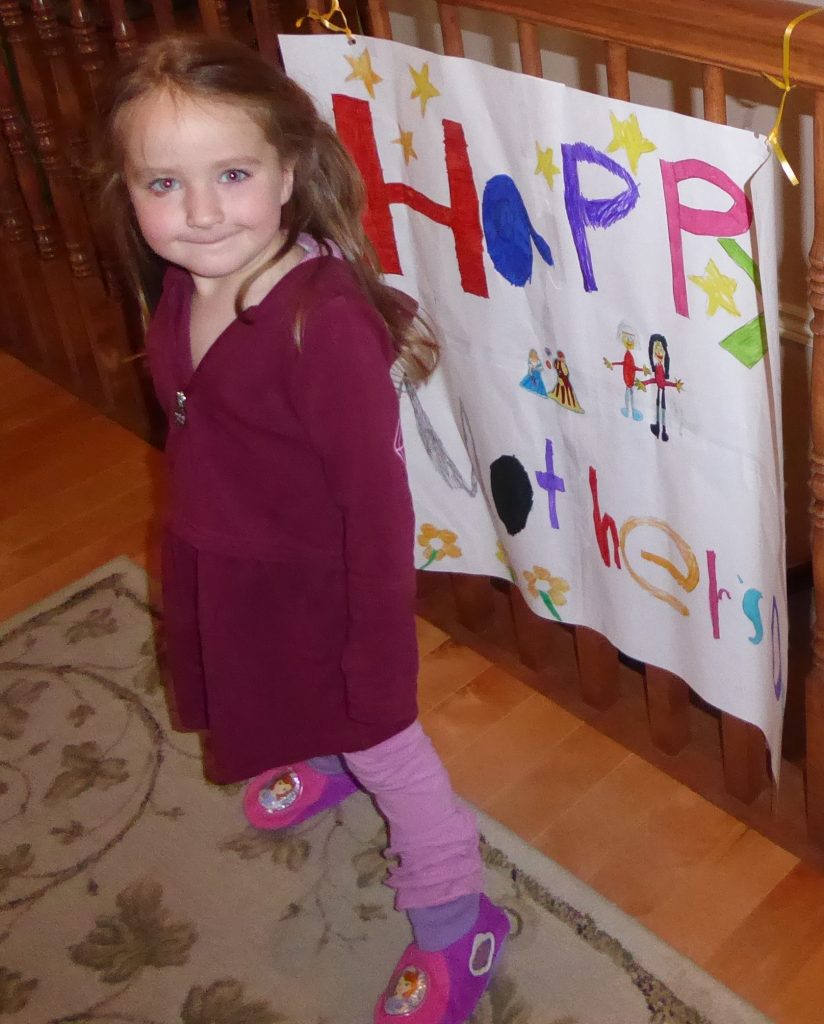 I have been really blessed with each of my grandchildren. There’s Teddy – smart at math, science and literature. He’s like his grandpa in that he can really get into some subjects while others leave him cold. There’s Veronica – sweet and kind and affectionate but looks after her siblings like a tiger. And finally Susannah – who’s always been the baby but now as she approaches birthday #4 is becoming another sweet girl.

I would say in a lot of ways ways Susannah is most like her mother of the 3 kids. She was an early talker and is the most precocious one. She wants to be in there doing everything the older kids do. She has her mother’s indomitable determination but also can exhibit a wicked temper like grandpa did as a youngster. She takes herself pretty seriously and you can’t tease her too much. She’s very quick to see if you are telling her something that doesn’t make sense. Her babyhood days are definitely behind her as she becomes a little girl in her own right.

Like the two older kids she is getting into martial arts. This family will wipe the floor with any offenders for sure.

Sarah has taken all the kids into the optometrist as they grow and it looks like Susannah will be the first one to get eyeglasses for some early childhood nearsightedness. The parents are hopeful she’ll grow out of it but for now the other kids are very jealous. I hope she feels special.

Susannah’s having a “Mary Poppins party” today and we’ll be down to see her on her calendar birthday October 16. Happy birthday my other sweet girl.

Economics Family Life Experience Pets
Posted on December 16, 2018December 16, 2018
Maria’s friend Shari adopted a new cat this past week. He’s a handsome young fellow about 1 year old. Tabby markings in a pattern...
Life Experience Technology
Posted on January 15, 2015January 15, 2015
I have two primary desktop computers on the go right now. One is pre-built (Acer Veriton with Windows 7 Pro) and one is home-built...
Life Experience
Posted on June 9, 2019
After a cool and wet spring, we finally got a warm and sunny day in Almonte. It was forecasted to reach the upper...