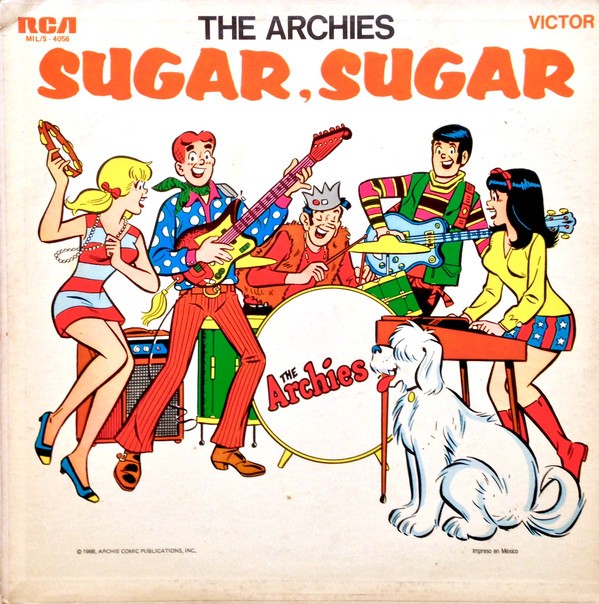 There are so many memes that might symbolize the vibe of this time 50 years ago – Moon landing, Woodstock, Vietnam, Nixon, the Mets… but I think I’ll go with the Archies.

It was a sweet time for me – at least the second part of the year was – and I don’t mean because I spent a good part of it drinking Kool-Aid (without any of the sinister meaning that came later on.)

It was part of my job offer that I get my degree before starting my career with General Foods so I took that literally. Although I received word at the end of April that I would be graduating, I waited until after Friday May 30 to actually join the company – did that on June 2, 1969. Later that same week I bought a brand new 1969 Valiant 100 so after four years of college I had wheels at last. I think at the time gasoline was about ten cents a liter.

In Cobourg, I boarded at the “House of Usher” along with a bunch of co-op students. I made friends with Mike Olson, a mechanical engineering student who also was working at GF. Late that summer I got a week’s holiday so Mike and I drove all the way out to Fort Frances Ontario to visit his grandparents. We camped en route and froze our butts on the shore of Lake Superior. You had to be there.

That summer was the Apollo 11 mission. Stayed up all night watching for Neil Armstong to emerge from the lander.

1969 was also the year of the Rock Festival. I had no time or money to go to Woodstock, and frankly we didn’t see it as that big a deal at the time.

In September there was an all-day rock affair at Varsity Stadium in Toronto. Another friend – Brian Domney – went to that. He came back raving about an obscure group known as Chicago Transit Authority. Go figure.

In the fall, the Miracle Mets won the World Series. Most baseball fans will remember Frank and Brooks Robinson, Tom Seaver, Nolan Ryan – but Ron Swoboda? Gimme a break.

It was the Expos first year in operation – but it took me another year to see them.

I guess the best thing of all was that for the first time in my life I felt a sense of purpose. I had a job, some cash in my pocket, lots of interesting people to work with, an opportunity to learn food science. 50 years later I can look back and smile. Sugar…honey, honey…

Economics Hobbies Life Experience Technology
Posted on March 26, 2016February 12, 2018
Linux is probably the best computer operating system you never heard of – but you do use it. Linux is an alternative O/S to...
Family Life Experience
Posted on April 26, 2019
I was deeply saddened by the passing of a much-beloved brother in law on April 24. I knew Fred Albi for over 30 years,...
Life Experience
Posted on March 30, 2018March 30, 2018
That is what they call this pontoon bridge across the ship canal in Curacao. Its official name is the Queen Emma bridge and it was...